Explore the former home of celebrated Western novelist Pearl Zane Grey, in Lackawaxen. Born in Ohio, Grey received a baseball scholarship to the University of Pennsylvania, where he earned a degree in dentistry. While establishing his practice in New York, Grey would also play baseball and often retreat to Lackawaxen to get away from life in the big city.

The Greys sold the farmhouse to Helen James, a family friend who opened the Zane Grey Inn in 1948. James discovered original artwork and other items that belonged to the Grey family and collected memorabilia. She and her husband, Albert H. Davis, opened the Zane Grey Museum in 1973 and sold it to the National Park Service in 1989. Exhibits showcase photos, books, and other memorabilia from Grey’s life. The museum also holds an annual festival in his honor. 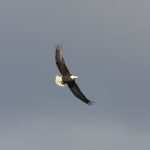 Grand Army of the Republic Museum

In Full Bloom: Flowers of the Everhart

The Reader: Paintings by Travis Prince

As We See It