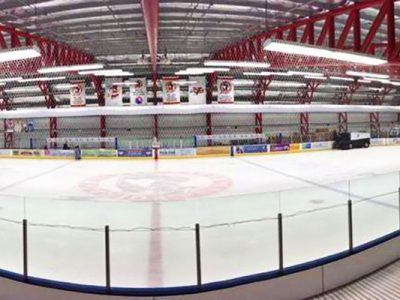 The Toyota SportsPlex in Wilkes-Barre is the official practice facility of the Wilkes-Barre/Scranton Penguins, the AHL affiliate of the NHL’s Pittsburgh Penguins. But you don’t have to be a hockey star to have a blast on the ice. This ice rink offers hockey, figure skating, curling, and public skating for all ages and skill levels.

The Toyota SportPlex is home ice for the Wilkes University hockey teams, the Wyoming Seminary hockey team, and the Wilkes-Barre Junior Pens, a youth travel hockey league for ages 8-18. They also host in-house hockey leagues, camps, and clinics for adults and kids.

The Diamond City Figure Skating Club also practices at the rink. The club is a member of the US Figure Skating Association and competes throughout the year.

The Anthracite Curling Club is NEPA’s only curling club. They hold leagues and Learn to Curl workshops at the SportPlex.

Let's Do Lunch: Reheat and Eat with the Penguins

A Year with Frog and Toad

Butterflies at the Bloomsburg Children's Museum