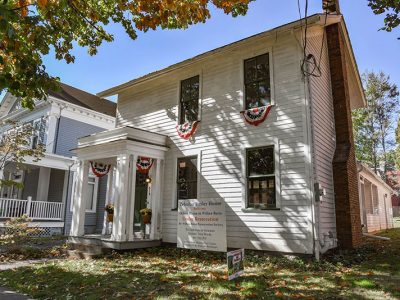 The Oldest Home in the City

Visit the oldest building in Wilkes-Barre, the Zebulon Butler House. Located on River Street, the house has stood since 1773.

Zebulon Butler, a prominent early Wyoming Valley settler, originally constructed a log cabin on the site. Butler is largely remembered for his role commanding troops in the Battle of Wyoming during the Revolutionary War. After his death, his son Lord Butler constructed the home that stands today on the footprint of the original log cabin. The relatively small home exhibits traditional Colonial architecture with touches of Yankee-Connecticut style. The Butler family occupied the home for four generations, from the Revolutionary War until the Civil War.

The Wilkes-Barre Preservation Society saved the building from demolition in 2017. They have since embarked on an ongoing mission to return the historic home to its original design and function. Some of the house’s original features, like a coal stove installed by Butler’s grandson, remain on display. The home will eventually serve as a museum and an interactive exhibit detailing the region’s humble origins. It will also include a local history library. 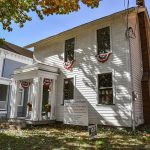