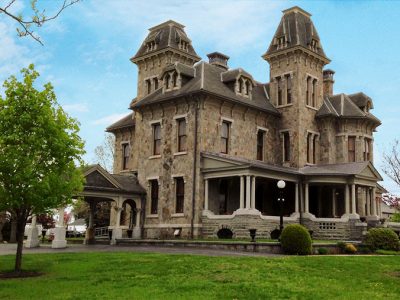 The Jackson Mansion in Berwick was built from 1877 to 1879 for Colonel Clarence Jackson and his family. Jackson was a Berwick native who was active in the American Civil War, participating in major battles such as the Battle of Chancellorsville and the Battle of the Wilderness. He was captured twice, and survived Richmond’s infamous Libby Prison both times. Tours of the mansion are available and special events are often held inside or on the grounds.