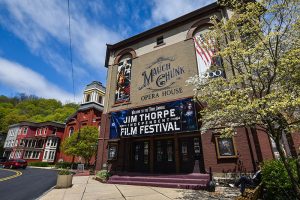 Since 2017, the historic town of Jim Thorpe has been the host to one of the indie film industry’s most provocative festivals. Every spring, The Jim Thorpe Independent Film Festival (JTIFF) celebrates the honesty and artistry of independent film. For four days, attendees pile into the famous Mauch Chunk Opera House for screenings, panel discussions and Q & A sessions. The featured films include just about every genre, and style. From documentaries and shorts to feature length narratives and experimental animation, you’ll find it all at JTIFF.

The festival also features its ever-popular Saturday night Grindhouse Program. Not for the faint of heart, this series celebrates horror and gore, and it is suitable only for the over 18 crowd. The closing night of the festival features an awards ceremony honoring 20 films in a variety of categories. JTIFF also hosts after parties throughout the weekend at several Jim Thorpe restaurants and cafes. 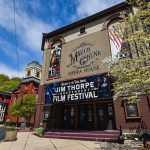