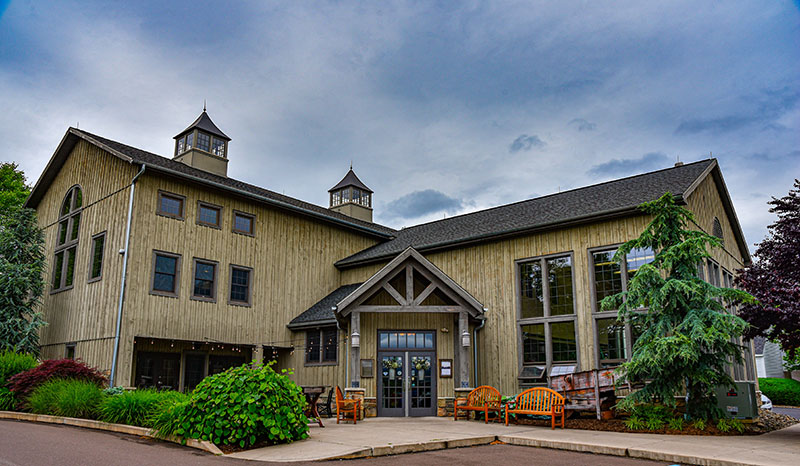 Deep in the rural southwestern corner of the Susquehanna Stretch on the DiscoverNEPA Brewer’s Loop sits the Turkey Hill Brewing Company.

This charming brewery conveniently hugs Interstate 80 in the far northern limit of Bloomsburg. Carefully placed, just a few clicks outside of the bustling town center, Turkey Hill Brewing presents itself both as a popular local hangout, and an easily reachable stop for the beer-conscious traveler.

The brewhouse and brewpub make their home inside a rather imposing, reconstructed 19th century bank barn. The faithful reconstruction features an L-shaped design typical of bank barns of the era. Ornate cupolas, massive two-story windows and an exposed beam entrance at the barn’s inner vertex inspire curiosity. “I have to have a look inside,” you’ll think. And it’s then that they have you.

Soon, you’ve stepped inside, ordered a few pints, and found yourself happily in the midst of a conversation with the history of this place. Plank floors and repurposed barn doors share their story. And you share yours. Everywhere, small details reveal a long-forgotten utility, or, perhaps more fitfully, they help us remember an ethic whose drumbeat echoes still through our veins. Sure, the tools and the means have changed, but hard work is still hard work. And the desired result of effort is thirst. And thirst should always be rewarded with beer.

Such a fundamental exchange lies at the heart, in the history and on the minds of everyone here at Turkey Hill Brewing Company. 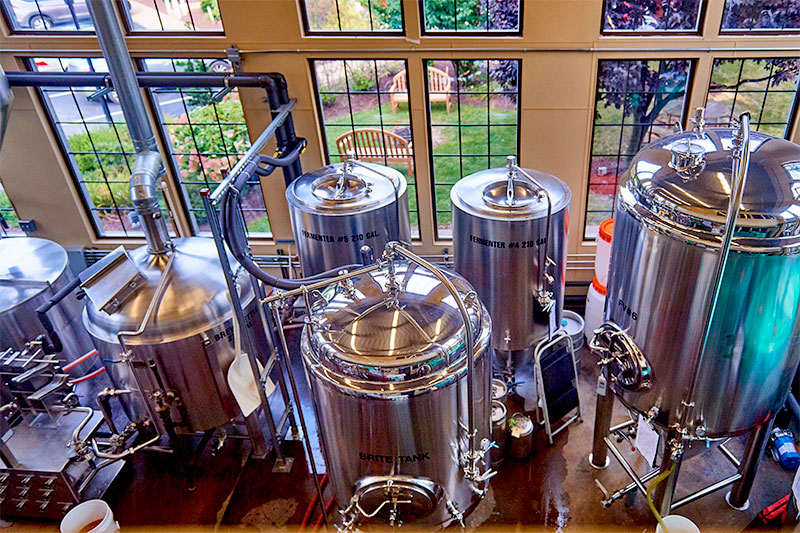 Two-story windows spanning the entire perimeter of the brewhouse flood the room with natural light. The sun finds its way into corners, bouncing off coffee mugs and hand tools. Shades of a green and purple landscape bleed into the room, painting the backsides of brew kettles and fermentation tanks. Sleepy eyes might be deceived and think themselves outdoors.

The aroma, however, brings us back inside and reminds us we are in fact, within a brewery. The sweet, hot, ripe stink of fermentation tickles up the roof of the mouth. The unmistakable scent of science, magic and closely guarded secrets twirls up and around warm pipes. It slithers from one steel drum to another escaping in a waft of cool air each time the brewhouse door swings open.

This is a place where order is made of chaos. Simple, carefully selected ingredients collide with passion, experience and sweat. A steely integrity is almost visible from the pub side windows overlooking the brewhouse floor – still damp from the day’s labor. A broom, a stepstool and the odd wrench confer the room’s utility. This backstage peek reveals the time, grit, ingenuity and dedication present in the spirit of each beer, yet absent from the memory of every sip.

Making beer is fun, but it is mostly work. And you’d do well to have a quick look inside this brewhouse. And give a nod, if you should see them, to those inside toiling away. For rarely does a line up of beers so poignantly demonstrate the dedication of the good people behind it. 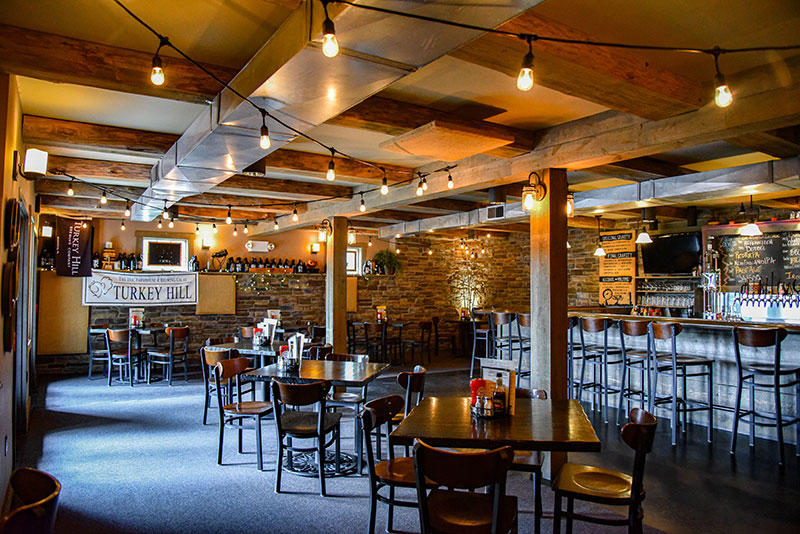 The brewpub at Turkey Hill Brewing Company stands as an honest and intimate homage to the field hands, the gentlemen farmers and ale wives whose ethic found its way across an ocean and planted here in NEPA. Sturdy, bare beams and stonework display a hard-earned patina. Boot-kicked barnwood carries along the face of the comfy, expansive bar. The lighting is low, but midday sunlight electrifies the polished tabletops and chairs.

The most current beer offerings leap from a timber-framed blackboard. Underneath, a crude line up of weary-worn wrenches, hooks and horseshoes serve as tap handles. The dense beams and stone lend themselves kindly to the room’s acoustics. And in warmer weather, French doors open up to a spacious beer garden patio.

Directly above the brewpub, you’ll find a much larger dining space with another bar. Here, you’re offered a spectacular view into the barn’s gorgeous and dramatic roof structure. Two-story, arched windows bathe the room with natural light. And for added effect, the original floorboards tend to squeak and move underfoot.

There’s an unadvertised charm here at Turkey Hill revealing itself only to the scrupulous. Be wary when you visit. And be rewarded with the occasional quirk only a nearly 200-year-old barn can offer. 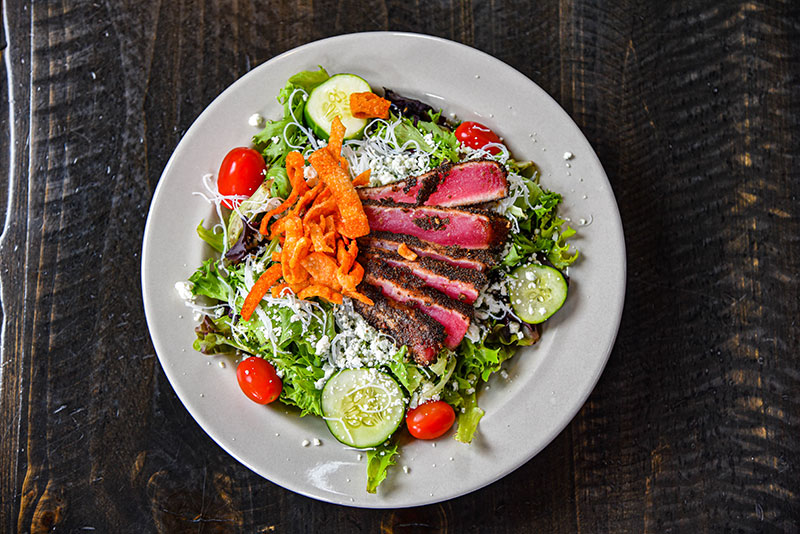 American fare inspired by beer with the occasional worldly twist.

To say that Turkey Hill’s menu is beer friendly would be an understatement. Just one look reveals a lineup of usual suspects, only there always seems to be just a little tweak that carries them into another realm. They’re not just clams, they’re Asian BBQ Clams with Buttermilk Naan Bread. And why settle for plain old pretzels when you can have Pretzelboli filled with velvety, melted mozzarella and provolone? Yeah, it’s that kind of place.

This culinary innovation continues into their handheld options. The wide selection of burgers pairs beautifully with any of Turkey Hill’s beers. Though, the size and heft of these beauties might prove challenging for those accustomed to pint in one and burger in the other. They also feature a variety of classic sandwiches like grilled cheese with tomato soup and an incredible pressed Cuban. 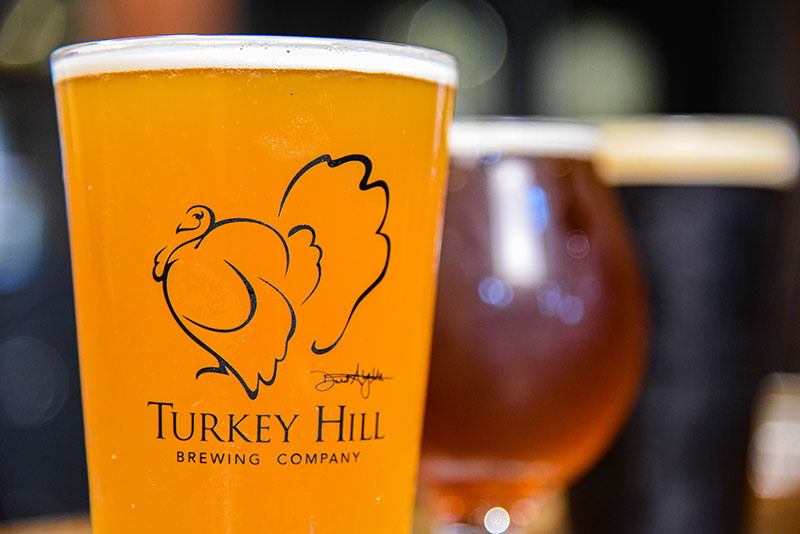 At any given time, the tap list at Turkey Hill Brewing Company features a wide variety of easily drinkable beers. Those favoring, crisp, clean lighter beers have their choice of pilsners, lagers, and Kolsch. And, let’s be honest. With a lot of weird things happening with craft beer these days, it’s worth it to occasionally kick back with a true, refreshing classic. Turkey Hill’s What the Helles lager and Palmetto Pilsner serve as an honest reminder of exactly how a beer should taste.

Fans of heavier, higher A.B.V. beers will find their fair share of IPAs, porters and stouts. Their stand-by Revelation Pale Ale poses a near perfect balance of hop bitterness with a citrus backdrop. And the Iron Street Porter delivers smooth hints of chocolate and vanilla out in front of an almost imperceptible bitterness. Those looking for the heavy hitters should keep an eye out for the occasional Belgian Tripel, Dubbel, or a fine Saison series.

The brewpub keeps a rotating selection of at least ten beers on tap. They also feature a robust barrel aging program under the Urban Abbey moniker. The program produces unique ales, sours and fruit beers. All of Turkey Hill’s beers are available to go in crowlers, while several barrel aged beers are available in bottles. 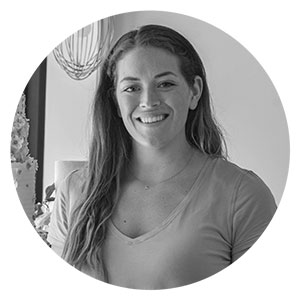