We got word recently that a new, local craft brewery had opened up in Scranton. So, we carved out some free time on Friday and popped in for a peek. They call themselves Groove Brewing. And they’re a true neighborhood brewpub. The brewery and taproom take up residence in Pine Brook, a stone’s throw from the legendary Andy Gavin’s and the landmark Nicholas’ Pizza.

The house-turned-brewery fills a Scranton-sized void in the local craft beer game. And, with their ambitious stable of unique, yet true-to-form beers, locals are quickly catching on. We stopped in to get a quick look at the cozy, cabin-like taproom. And then we headed out to the backyard to sample a flight.

The chalkboard featured four delicious, summer cruisers. On the heavy end, we found a hoppy West Coast IPA with just the right amount frontal funk and an ever-slight fruity remainder.  On the opposite shore, we delighted in an insanely crushable-on-a-hot-day Pilsner. It was cold, gold and malty sweet.

We pulled up a plastic patio chair, kicked back with a fresh beer and lulled ourselves into max comfort to the hypnotic rush hour hum of the Electric City. I’d suggest giving it a try. We also brought our camera along. Check it out.

You can also find Groove Brewing on the DiscoverNEPA Brewer’s Loop. 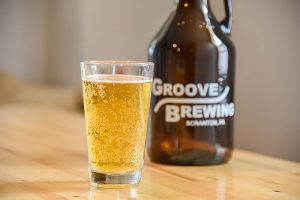 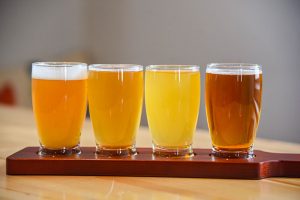 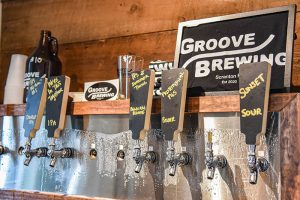 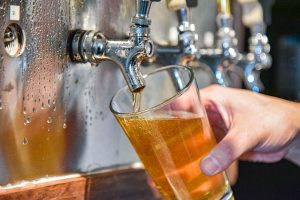 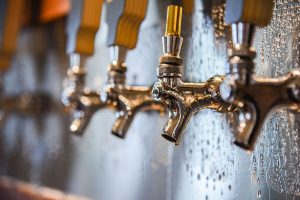 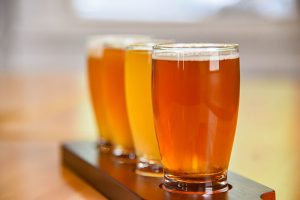 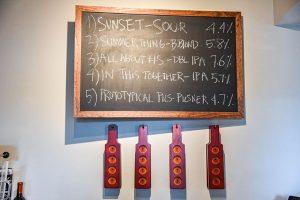 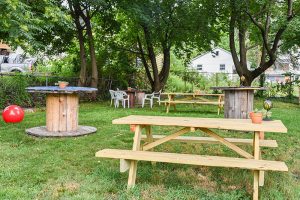 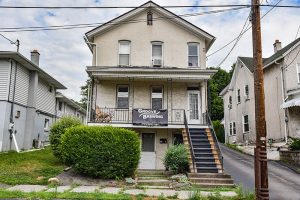