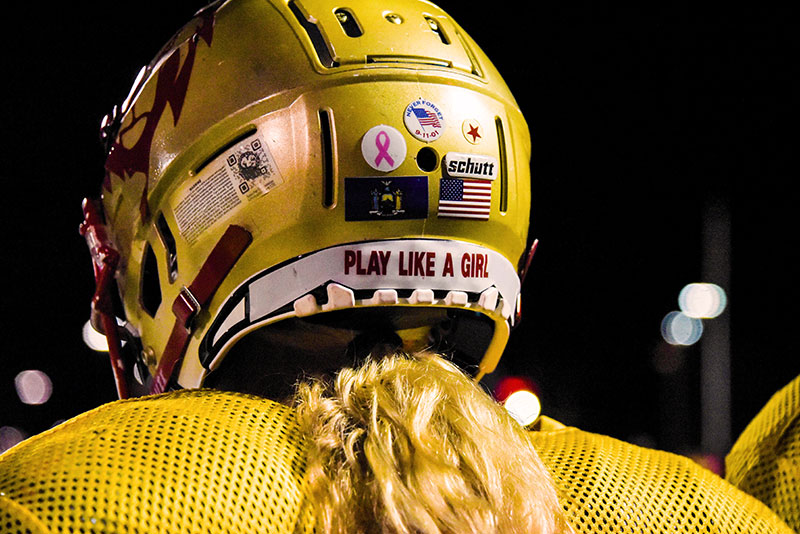 For the pair, it may have been just another day on the field, but for anyone paying attention, it was history in the making right here in NEPA.

By all measures, The King’s College/Albright College matchup on Saturday, October 16 proved fruitful for the former. By the start of the fourth quarter, the Monarchs welcomed a 25-point edge. The offense was well on its way to an incredible, 500+ yard game. The staunch defense held the visiting Lions to just two successful drives. It had become inevitable that, by the last whistle, Kings would easily rack up their 3rd win in a rather impressive fashion.

They indeed finished that overcast, October afternoon with a decisive win and a handful of big game stats. For the team, for the coaching staff, for the roughly 1,000 in attendance, however, this particular game boiled down to one small, yet significant statistic – the number 2.

In total, King’s put up 51 points against Albright. Of those, two stood out. Two individual points scored by two specific players elevated this moment from a Saturday afternoon football contest to a historical event worthy of national attention. 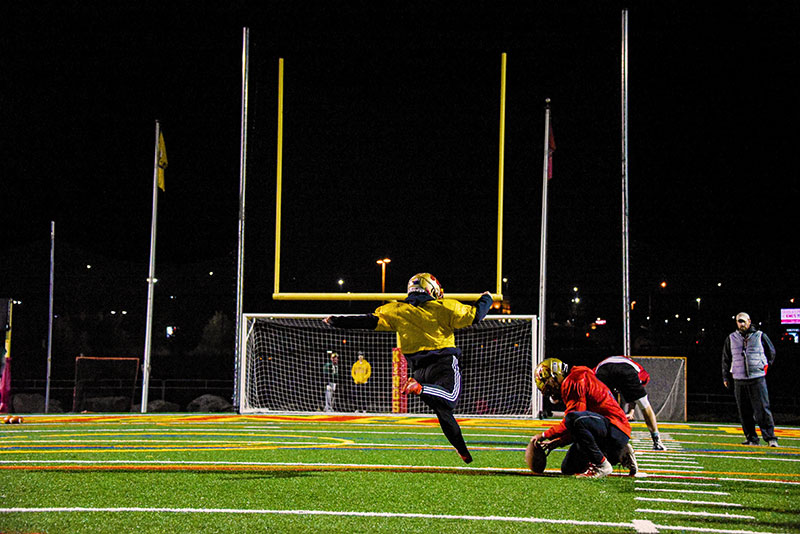 Little attention is paid to the significance of a moment… that is, until it’s yours.

The first of these two significant points came early in the fourth quarter. Freshman kicker, Delaney Hilferty was called upon, unexpectedly, to step in for Kyle Prescavage, King’s reliable, go-to boot. Without hesitation, without question Hilferty buckled up and sprinted onto the field. In a matter of seconds, she would become the first female player in King’s College Football history to score in a game.

For Hilferty, it was just another kick. She began kicking extra points during her senior year at Palisades High School in Kintnersville, PA. “Everything just left my brain and I was just ready to kick the ball,” she said. Kicking is almost automatic for the Southeastern PA native. That little bit of added pressure, though, was a different story. “I definitely felt the pressure of making history, but I didn’t really feel the pressure of missing or not.” She continues with a bit of a shy smirk, “I mean, I knew it wouldn’t matter whether I made it or not, but it was kind of awesome making that kick.” 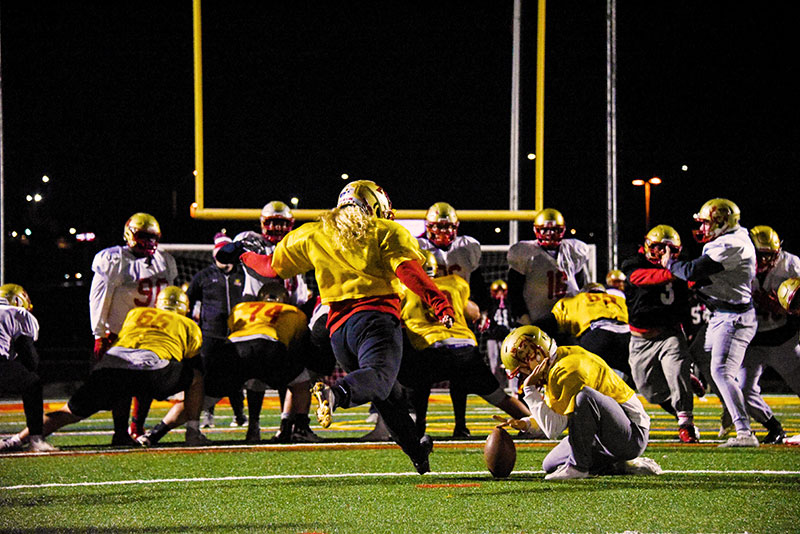 Alyssa Accordino prepares to drill one into the black morning sky.

Few here knew they’d witness history — not once, but twice — in the same game.

The historic moment had come and gone. Delaney Hilferty rushed off the field to the adoring high fives and helmet knocks of her proud teammates and coaches. She was surprised, happy, eager to just get back to the game – a natural competitor. “I’m actually surprised I don’t have a concussion from everyone smacking my head,” Hilferty explained later.

And almost as quickly as that moment had entered the ether of college football lore, there would soon be another. Less than six minutes after Hilferty’s PAT, King’s had landed in the end zone yet again. This time, the Monarchs’ veteran Head Coach, Jeff Knarr called on another freshman leg for the point after. Kicker, Alyssa Accordino, the pride of General Douglas MacArthur High School in Wantaugh, N.Y. stepped up.

“It was like one of those out-of-nowhere-moments. All of a sudden, it just kind of clicked like, ‘Ok, I’m going in the game,’” she recalled. Accordino took the field with the kicking unit. And the former four-sport standout was dialed in. “As soon as it gets to the point where I’m in position to go ahead and make the kick, I hear nothing.” She continued, “It’s completely silent, like tunnel vision basically – I’m zoned in.”

They’re football players. They’re kickers. And they both happen to be female. That’s always how we looked at it. It’s not a novelty. These women bring value to this program. I’ve been involved with football basically my whole life, and, I’ll admit, you kind of lose that innocence and that eagerness to just play the game as you get older. And it’s been a breath of fresh air to watch these two attack practices and take to their roles with such enthusiasm. They eat it up. And it kind of makes you remember what a neat game it is and how special it is to be lucky enough just to play. It reminds you of all the good things about this sport, especially when you’re caught up in the daily grind of it all. It’s been fun. 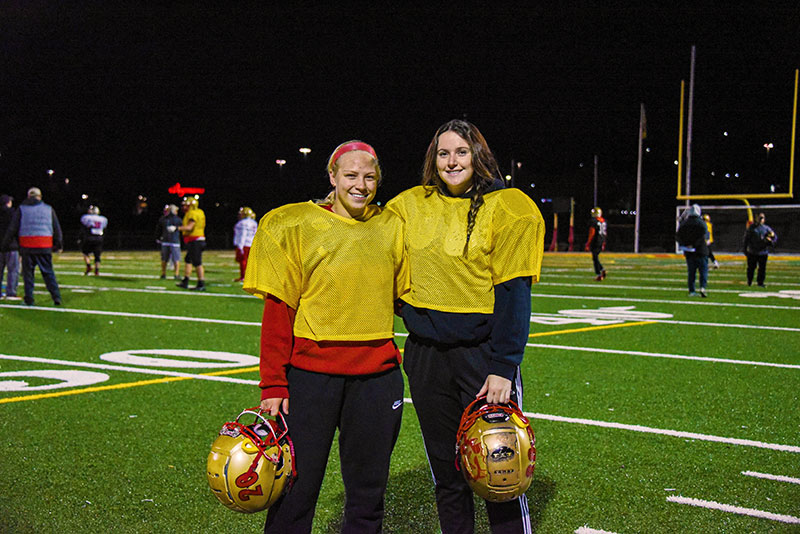 These are the moments made of a thousand kicks.

As with Hilferty’s kick, the sideline, the entire stadium fell quiet. Accordino rocked into her approach. In an instant, the ball tumbled end over end and through the uprights.  With that, this Division III school cemented its name in the record books of NCAA Football. For the first time in history, two female players from the same team had scored in the same game. The sideline exploded into a roar. Hands shot toward the sky. For Accordino, the moment carried with it that much more significance once she saw her teammates reacting. “I actually didn’t realize the true anticipation of everyone on the sideline until after watching the video and seeing everyone react during and after the kick. It definitely showed how much of a family we are.” With that final point, Hilferty and Accordino became the 5th and 6th female players ever to score in an NCAA Football game.

Of course, the potential of those fourth quarter heroics to inspire generations of young female football players was not lost on Coach Knarr. “There were definitely people who saw that and maybe they now look at things a little differently,” he said.

Soon, the story had gone national. Delaney and Alyssa were featured on the NBC Nightly News. Their moment had become water cooler talk. Mothers and fathers shared it with their daughters – brothers with sisters. Young girls now had a few more names and faces to look up to. And this little college in Wilkes-Barre, with two quick kicks, made a big statement. “Some might say something about being open-minded, or progressive,” Coach Knarr quips. “But honestly, if you have that burning desire to play college football, and you’re committed to getting a great education, there’s a role for you in our program at King’s.” 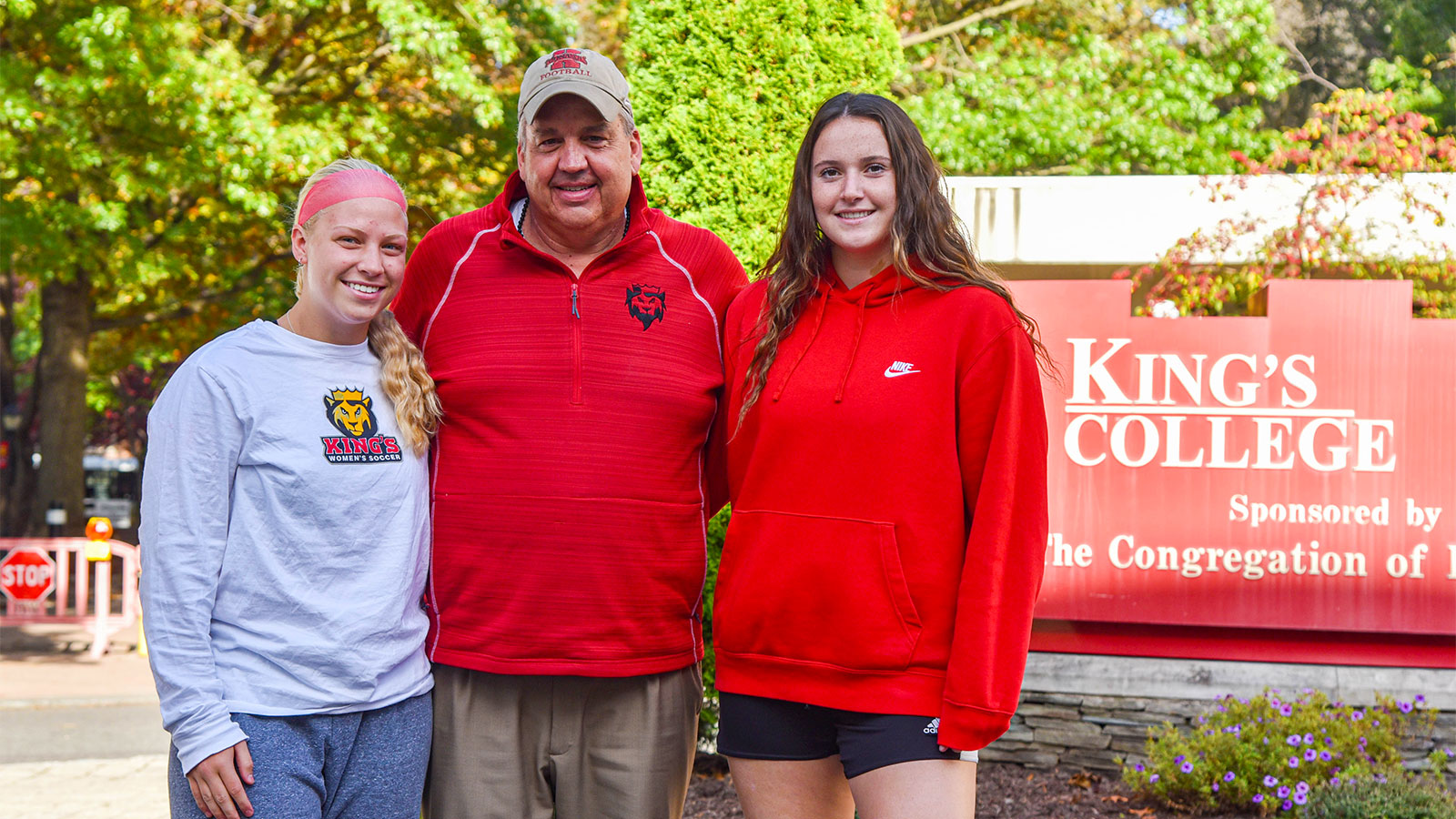 Much of the excitement has settled for the young place kickers. They’re back to work at daily practices and preparing for that next opportunity. Soon, they’ll hang up the shoulder pads and helmets. And for some, the memory of that one special game in October will be relegated to just that – a fond memory. But for Hilferty and Accordino, for their brothers in red and gold, for the coaches and the happy few who witnessed that little, important moment, the sound of spike impacting ball, the scream of the whistle, the wave of enthusiasm that echoed through the stands – these things will live forever.

In the end, if anything is taken away from this brief moment in the sun, it’s that this is only the beginning of the story. For Delaney Hilferty, it’s small moments like this that just might help to change someone’s world. “We need to pay attention to stories like this, because there’s not that many of us.” She continued, “Hopefully, someone out there sees this story and they’re inspired to try it, whatever it is, when they thought they couldn’t.”

Alyssa Accordino shares a distinct nod of agreement with her good friend and teammate. She adds, “There’s definitely a fear that because you’re a male or a female there are certain things you can’t do, but, with us, we’re kind of proving that it doesn’t matter.” And then she drives it home – “You’re an athlete and that’s all that matters.”

Catch up with the King’s College Monarchs in their final game of the season. They’ll face cross-town rival Wilkes University for the coveted Mayor’s Cup. The Monarchs and Colonels will be facing each other for the first time since 2019 (2020’s Mayor’s Cup was cancelled due to COVID). 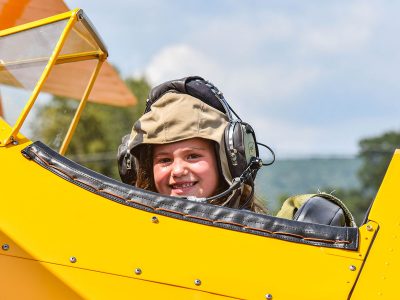 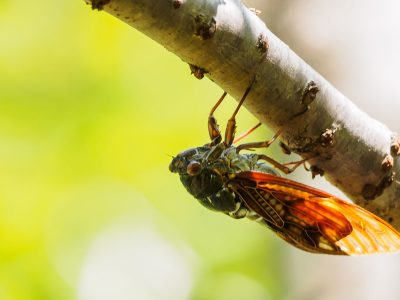 The Cicada are Coming! 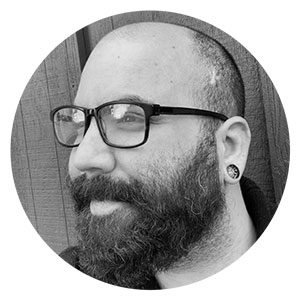