“You’ve got dedicated teachers. You’ve got a lot of really fun activities. There’s always something to do. I would say, why not here?”

Nina Cinti first started writing stories when she was a kid—stories that her teachers at the old Maffett Street School told her were a little bit bizarre.

“But I ended up winning an award from the Osterhout,” she explained. “It was about the pigs in Hatfield staging a rebellion because they didn’t want to be bacon anymore.”

You could say that it was the first big break in her writing career. Back then, she probably would have never guessed that her work would make it to the bookstore shelves.

Cinti, who writes under the pen name Nina Bocci, is a USA Today bestselling author. She has published several women’s fiction novels under Simon & Schuster’s Gallery imprint. Her Hopeless Romantics series, which is based in the fictional town of Hope Lake, even features several nods to NEPA.

By day, Cinti is also a fifth grade English and reading teacher at Wyoming Seminary’s Lower School in Forty Fort. In the classroom, she gets to share her love of language with her students.

“In middle school, you get into the meat and potatoes of what makes a book a book and why some people really fall in love with it,” she said. “Even those kids that maybe don’t want to read—just to be able to hook them on something is such a great feeling. I wanted to harness that. That’s one of the things that made teaching the best career path for me.”

We met at the school’s library to talk all things literary, from her current writing projects to her legendary Goodreads profile (she reads an average of 250 books a year, just for the record). And as a lifelong resident of the Valley, she shared why NEPA is such a great place to call home.

Forty-four and a half of all of my forty-five years. I’m born and raised in Plains, the daughter of an immigrant family.

Area-wise, it’s enormous. It stretches out to Bear Creek and Laflin. There are all of these little areas, but Plains knows everybody. There may be ten thousand people within the confines of Plains, but you know everybody, or they at least know you or somebody that knows you. It’s like Six Degrees of Kevin Bacon, except it’s Six Degrees of Plains. Someone knows someone who knows someone. I like that.

I would have to say the go-to for my friends and family is Café Toscana down on the square. We love it there. We’re big Italian food fans. It’s a fun place, and it’s just really good food. They have a great wine selection, and the people are all amazing. They always give us the same table when all of us go down there.

Steamtown is always fun. My son was obsessed with the mine tour and things like that. Jim Thorpe is another great place to go in the Poconos. There’s a ton of stuff to do here, and we would just do day trips around the area. We’re big fans of the movies too, so having Cinemark right here is great.

What NEPA references have you included in your books?

Basically, I picked my favorite places from around the Valley and just changed the names. But if you read them, you know. Ballyhoo in West Pittston is the ice cream shop. Florio’s Pizza in Plains is the pizza place because that was our first job. We would fold boxes at eleven years old. Hope Lake Brewing Company is SBC. It was basically an homage to the place that I grew up. I really like it here. My son is happy. My family is here. Why not have it embodied in this grander scale of fiction? In the grand scheme of things, that was the intention, to really shine a light on the fact that this place is pretty awesome.

I’m really elbow-deep in this middle grade book—possibly YA, depending on what my agent thinks. It’s along the lines of Indiana Jones but for younger kids. It’s set in this world, but there happens to be otherworldly elements to it. I have been deep in thought trying to map it out. I have index cards all over my office at my house. With worldbuilding like that, you really have to keep track, and there’s a ton of characters. That’s currently what I’m doing. I’m also doing something that I hope goes to Hallmark, which would be great. I’m a big Hallmark movie junkie, and so many of my friends are.

I would love to see it continue to move forward. I think that it is. Everything is expanding, and that’s great. But then I love that it has these kitsch-y pop culture places, like Ballyhoo. The Strange & Unusual is so cool too. We just got a new little bakery in Plains. I would love to see more of those pop up. Of course, we still have the Wal-Marts and the Targets, and those are never going to go away, but focus on those mom-and-pop shops. That’s where you’re getting the service that you know is good for the Valley. That’s ultimately what everybody, I think, wants for the area. We want to see it grow. 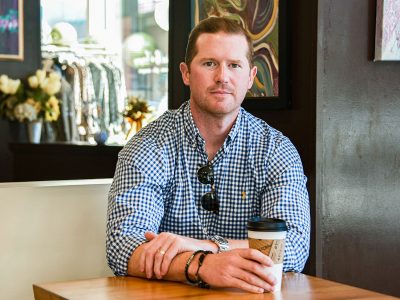 Matt McGloin of Lewith and Freeman Real Estate — Why NEPA? 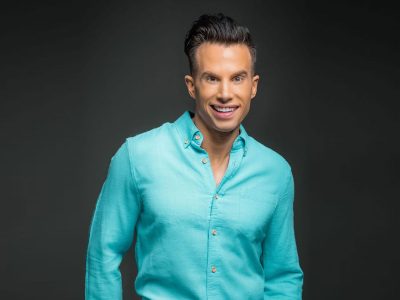 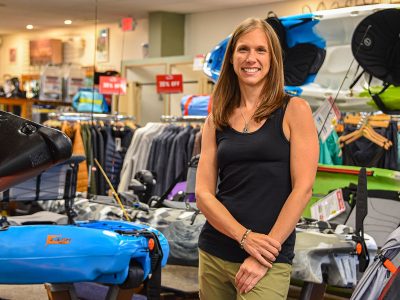