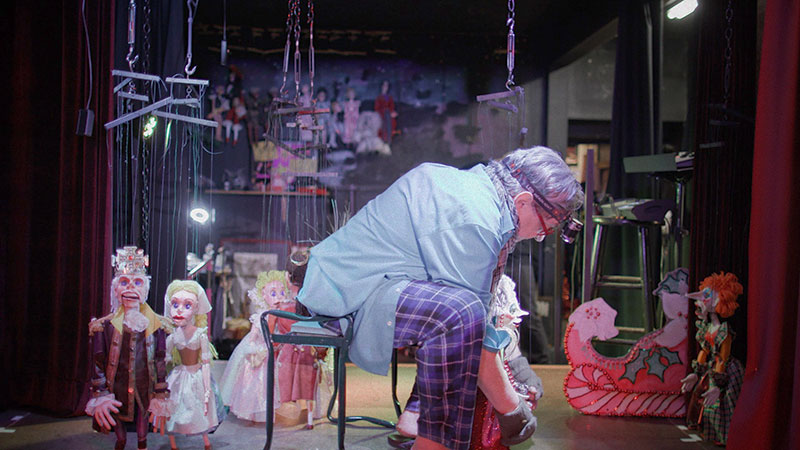 The filmmaker details his storytelling processes and preferences in insightful Q&A.

This year’s festival features 90 films in 18 screening blocks spread out over four days. Tickets can be purchased for individual screening blocks. JTIFF’s 2021 selections, as always, feature a wide range of genres. See it all from heartfelt drama pieces and documentaries to local student shorts to horror, sci-fi, comedy and so much more. Visit JTIFF for more information, film guides, screening schedules and ticket purchases. 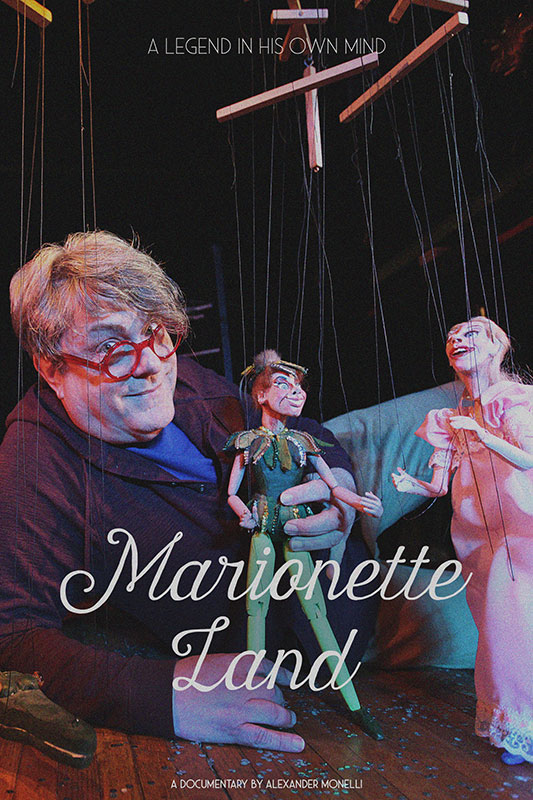 “I want to show you something that you’re not typically going to seek out.”

One film screening at this year’s festival, Marionette Land, offers an unvarnished glimpse inside the fascinating world of one of Lancaster’s most gifted, most unique storytellers. His name is Robert Brock. He’s the owner, manager, performer, singer, dancer, set builder and so much more at The Lancaster Marionette Theatre. The documentary follows the ever-engaging Brock as he prepares for his beloved theatre’s 30th anniversary.

To date, Marionette Land has premiered at the Philadelphia Film Festival, and won Best Documentary at the Omaha Film Festival. It’s screening at JTIFF, however, will be the filmmaker’s first live, in-person viewing.

Clarks Summit native and current Lancaster resident, Alexander Monelli directed the film. We caught up with him for a discussion about his filmmaking philosophies, his love of storytelling and how his NEPA roots helped him discover his cinematic voice.

Experience Marionette Land on the big screen at JTIFF on Saturday, April 24 at 8:30 p.m. (Block 11). And check out more of Monelli’s brilliant work here. 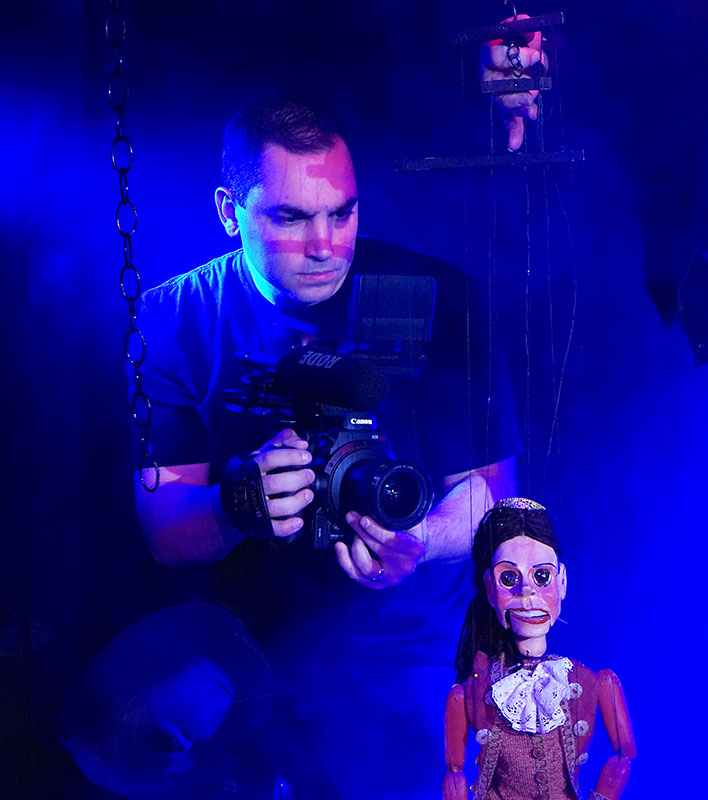 The Jim Thorpe Independent Film Festival welcomes “bold,” “defiant” filmmakers, who tend to “shatter convention” – Do you think that adequately quantifies the spirit of the festival?

Well, this is my first time going, but just from looking at the slate of films they have, it’s an interesting variety of movies and genres. I’m kind of excited to see all these films. I mean, they bring in everything from Sundance Premiers to student films and local, short films, which is amazing. It’s incredible. In just four years, they’ve built quite a following and a lot of respect within the film community. You’d think in a little town like Jim Thorpe, they wouldn’t generate that much interest, but I know that they get a ton of submissions. And that’s great. They manage to stand out, in just four years, among the hundreds of festivals every year. They should be proud.

Do you think NEPA is a good fit for an independent film festival like JTIFF?

Yeah, I do think so. Only because, as someone who grew up in the area, I always kind of considered it a little more conservative. And then you see something like this that’s bringing in and promoting more provocative films, it kind of makes you rethink that. I mean, they have a whole LGBTQ lineup at the festival. And they celebrate incredible diversity in filmmaking. You know, they’re not just here to cater to local films. Don’t get me wrong, local films are great, but it’s good to know that the festival is also willing to expose its audience to different stories and different takes. And I think that’s a fantastic thing for the local community to come and see and support.

How about Jim Thorpe? Does an independent film festival work here?

Definitely…definitely. I mean it basically looks like the setting of a Hallmark movie. It’s just this quaint, perfect little town within these mountains. It’s like when people think of small-town America, and say, “You know, I would just love to go somewhere simple and lay low.” I think the image they conjure in their mind is Jim Thorpe. 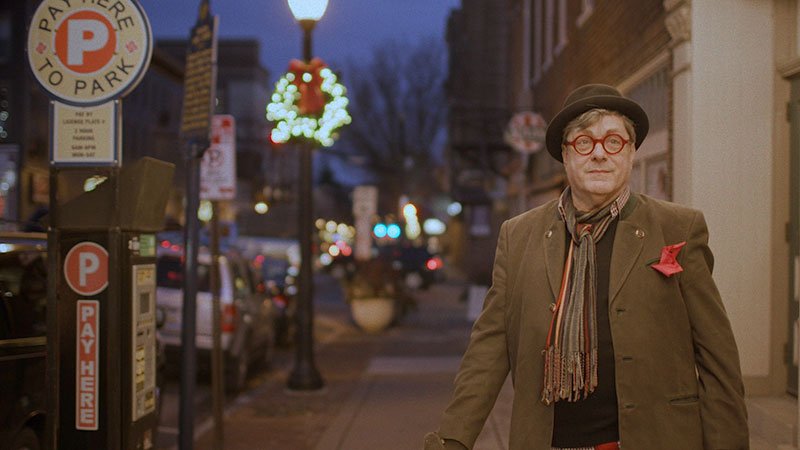 You’re getting ready for your Northeastern PA debut of your second feature-length documentary, Marionette Land. Let’s start there. What’s it all about?

So, this is a documentary about a guy that lives above his own marionette theatre. His name is Robert Brock. He owns the Lancaster Marionette Theatre. He’s got this unleashed personality and a really touching story and a true love and passion for his craft. And through much of the film you’re with him as he prepares and rehearses these intricate marionette shows. He does it all. He builds the puppets and the sets and tap dances and sometimes dresses up as Judy Garland. It’s a small slice of this man’s great big charismatic and funny story.

What led you to this particular story?

You know, I tend to go after subjects that other people aren’t necessarily making films about. My first feature was about the Mahoning Drive-In, just down the road from Jim Thorpe. At the time, drive-in theaters were dying off at an alarming rate. This was in 2015 and 2016 and nobody thought it was a great idea for a film. They’re coming back, fortunately, with the pandemic. And now, with Marionette Land, it’s like there aren’t marionette theaters in every town. It’s kind of subject matter that no one is asking for. So, that’s where I tend to gravitate to with my stories. I want to show you something that you’re not typically going to seek out.

Your films tend to focus largely on the portrayal of the extraordinary within the ordinary. Why do you find yourself drawn to those types of stories?

(laughs) So, I have this bizarre sense that time is running out. Not just for me, but for everything, you know? I feel like everything that I’ve grown up loving has either been closed, removed, or replaced… and that affects me. And that’s why I try to produce so much work and so many films because I have this built-in sense that life is too short — that time is running out. And, it’s not a coincidence that the subjects that I usually choose are people who are doing something kind of strange. And what connects me to these subjects is not what they’re doing, but the fact that they’re doing it (pensive pause)…

I think they have that same “ticking clock” sensibility, where, you know, it could all go at any time (laughs). And the older you get, the more people you lose and the more you see things go away. And that’s sort of it, I guess. I try to capture all of that, you know — life being just a little too short. 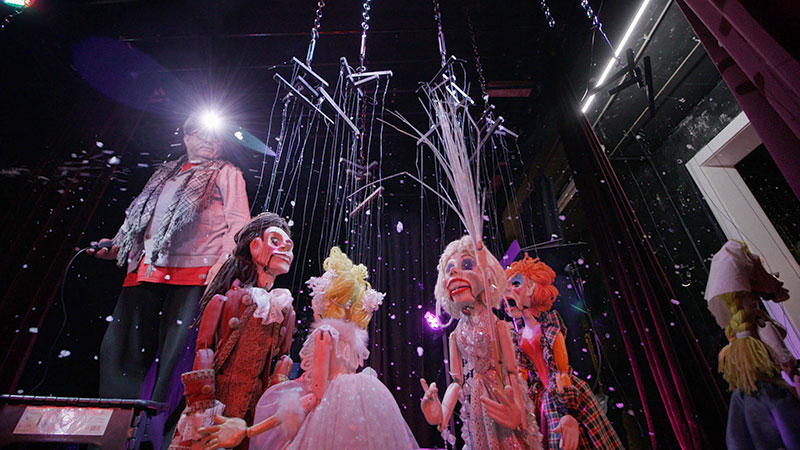 You’ve filmed pro wrestlers, quirky artists, politicians, and ordinary people. Are you a believer that everyone has a story to tell – a story worth filming?

I am 100% confident that I can make an interesting documentary about any person on this planet – whether I love them or hate them. And that has little to do with talent as a filmmaker. It has more to do with understanding the connection to the subject and finding that doorway in. I don’t go into this whole historical overview of my subjects. I love Ken Burns, but I’m not a Ken Burns type of filmmaker. I’m just looking for the piece of their puzzle that I connect to, because then I feel like if I can amplify that one particular thing, it becomes a much more specific story. And, I think, the more specific you can get, the better — just from my point of view.

What is it about documentary film that connects people, in a real profound way, to simple stories?

I think today, especially, everything is superheroes. And that’s fun. I really like superhero movies too. But, in a world where everything is sort of curated on social media and glossy, I think people really respond to organic, natural authenticity. And documentaries connect with people on that level.

You’re originally from NEPA. Tell us a little about that.

So, I grew up in Clarks Summit and I went to Abington Heights High School. I graduated in 2004. It’s kind of funny, because, at that time, there were no video production classes. So, I had to, sort of, do that myself. And usually, it would work itself out like, if we had to do book reports, I would ask if I could make a movie instead. And the teachers would usually be like… uhh ok (laughs). You know? They were down with whatever got me to care. So, I remember doing a musical version of Great Expectations. I made a Star Wars spoof based on a sequel to The Monkey’s Paw. I was allowed to have that freedom to find my passion in high school, and I’m so grateful that I had that experience at Abington.

And, if I can just circle back around and say that I loved growing up in NEPA. And I love coming back home to visit. It’s so beautiful. I always think, when I’m driving through Newton-Ransom and I see all those big mountains, how people out in California, or the Midwest would pay a fortune to live among mountains like this. And I think we tend to take that for granted growing up. It’s a great place, and it definitely shaped who I am today. And if I move back to NEPA, which I hope to do someday, I would love to try to support some kind of video or filmmaking class, or club. You know? Something to reach those kids that might not have that encouragement to go and start filming something themselves. 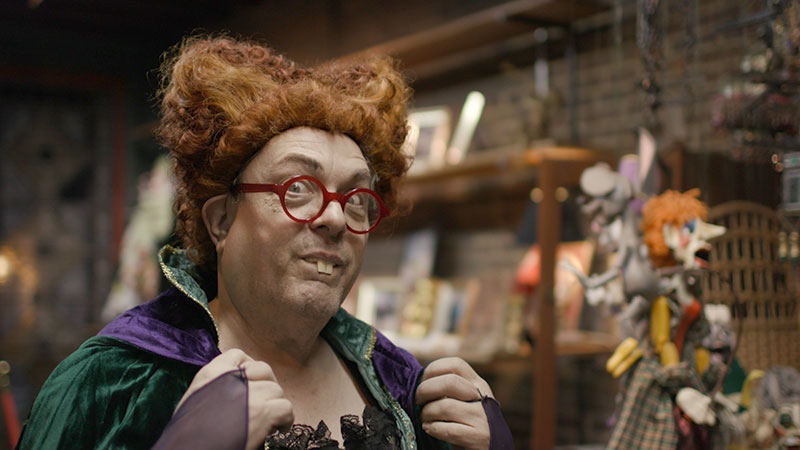 The greatest compliment that I get with any of my work is just that it has touched someone, and it reminded them of something. And it allows them to say, “You know what? I’ve had those feelings too.” When they’ve formed some kind of connection with the stories, with the subjects – something that tells them, “It’s Ok. We’re all going through it, or we’re all dealing with things.” Even those of us with a puppet theatre in our house (laughs).

So, when I get to that point in my career and I’m looking back… (Pauses for a beat)

Ok. I think what I would want people to say is… there is still wonder left in the world… if you just look for it. 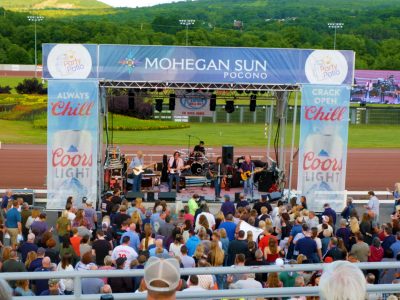 Party on the Patio at Mohegan Sun Pocono 2022 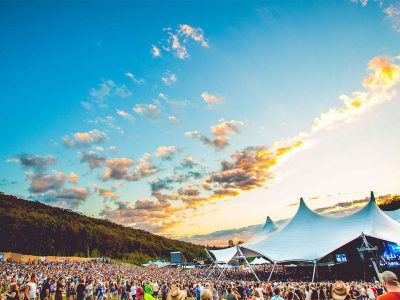 On Tour in NEPA: Summer 2022 Concerts 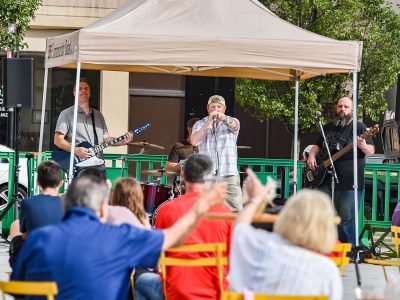