Barley Creek Brewing Company to Release Things We Don’t Say IPA in Collaboration with over 150 Breweries Around the Globe. 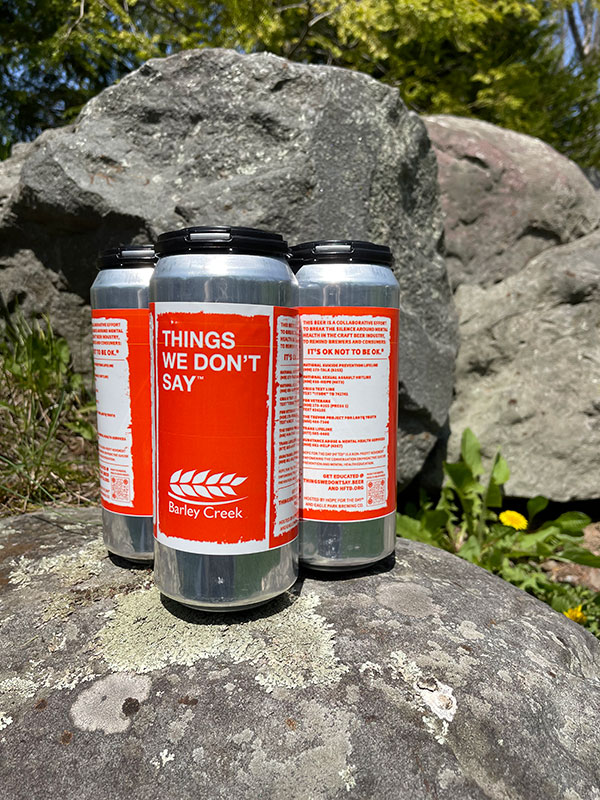 The Craft Beer for Mental Health project aims to normalize discussion and spark awareness around often-secret struggle to open up about mental health.

This weekend, Barley Creek Brewing Company in Tannersville will be releasing a new IPA. Normally, that’s not such a big deal for one of NEPA’s most prolific local craft brewpubs. But this beer is special, and it carries with it a message of hope, understanding and solidarity. With this IPA, the brewery aims to do its part to help break the stigma surrounding mental health. The early May release coincides with the start of Mental Health Month.

They call it Things We Don’t Say IPA. The beer is part of an international collaboration with over 150 independent craft breweries. Milwaukee’s Eagle Park Brewing initiated the effort alongside mental health education and suicide prevention nonprofit, Hope for the Day. Together, with Malteurop Malting Company and Hollingberry & Son, Inc. Hop Company, the craft beer for mental health project has enlisted the help of local craft breweries from coast to coast and beyond. 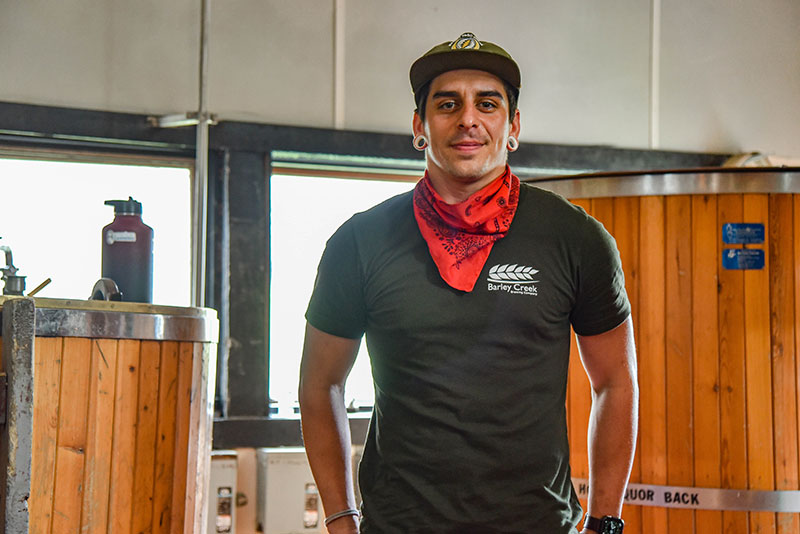 The idea behind Things We Don’t Say IPA is to utilize the vast platform of craft beer to assist in normalizing fruitful conversations about mental health. “This beer pretty much tries to break the stigma behind mental health and the ability to talk about it,” says Alek Mager, Barley Creek’s Assistant Brewer and Distiller. Mager, who pitched the collaboration, believes any effort to encourage people to talk is a worthy one. “Everybody always asks, ‘How you doin?’ and the typical response is usually something like, ‘Oh, I’m good, or I’m ok.’” He adds, “sometimes that’s just not the case, and that’s kind of the message behind this collaboration – that it’s ok to not be ok.”

Things We Don’t Say is a classic, hazy New England IPA. According to Mager, there really weren’t many stipulations on the recipe. “They pretty much gave us the leeway and creative freedom to do what we wanted to do.” He continued, “Some brewers are doing stouts, or lagers, but we felt it was necessary to honor the original recipe.

I think, in many cases, beer begins the conversation. How many times have you been sitting at a bar, or at a cookout and, next thing you know, you’re talking to someone you’ve never talked to before? Now you have something like this beer that is a focused conversation piece. I hope the message behind it helps to open up a dialogue that’s more than just about sports or whatever. I hope it gets people, in some small way, to open up to each other. And maybe we can make some solid progress in a positive direction. 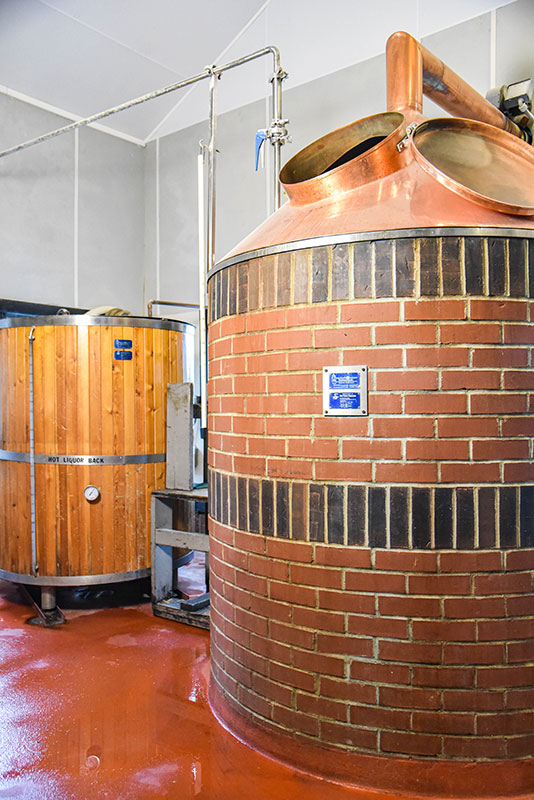 No stranger to stepping up.

This collaboration isn’t a first for Barley Creek. In 2018, they joined Sierra Nevada and more than 1,400 breweries to put out Resilience IPA. The effort aimed to help rebuild communities devastated by the infamous Camp wildfire in California. They even joined the fight against COVID-19 early on. Without skipping a beat, the brewery pivoted distillery operations from spirits to hand sanitizer. “It’s important to be a part of something that’s bigger than your business or yourself,” according to Mager. “This one just made a lot of sense.”

Often a catalyst for conversation, craft beer holds a unique position in the effort to normalize discussions surrounding mental health. But beer can’t tackle this problem alone. Things We Don’t Say IPA takes its name from one of Hope For the Day’s signature self-care programs. The collaboration also includes resource cards and awareness wristbands. And all can label art features contact information for mental health and crisis resources. Mager notes, “There are like 13 different resources right there on the can.” For someone struggling in silence, that alone might just make all the difference. For Mager, “It offers a little more awareness of what’s out there and available to you.” He continues, “Sometimes, having a faceless voice on the other end of the phone allows you a little more courage to have a discussion.” 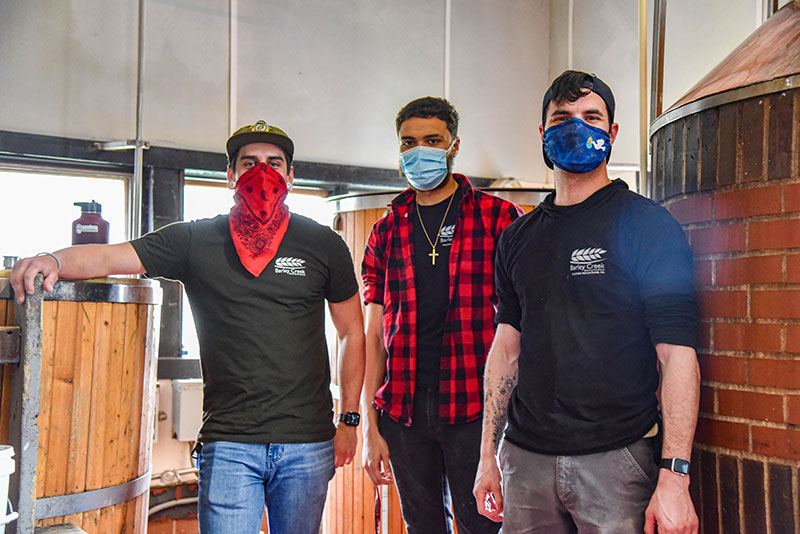 Brew team members (L to R) Alek Mager, Austin Alkema and Steven Pierre break for a pose in the brewhouse.

It’s been a long year…and counting…

For the Barley Creek brewhouse team, the hope is that this little IPA can turn some heads. “I hope that it just gets some people’s attention,” Mager says. The whole project, in his view, is less about raising money and more about opening eyes and ears. And if it gets people to start having honest conversations, then it was all worth it. “It’s important to be able to speak about our struggles in a productive and safe way,” he says.

There’s little doubt that our community, and the world, for that matter, continues to struggle with the emotional toll of a tumultuous year. And, as we assess the long-term impact of these events on our mental health, movements like this one can only help. As Mager puts it, “I think this beer is coming at the perfect time and the idea that it’s an international effort is awesome.”

Look for Things We Don’t Say IPA on draft and in 4-packs starting Saturday, May 1 at Barley Creek Brewing Company. Portions of proceeds from every beer sold will be donated to Hope For the Day’s Things We Don’t Say: Craft Beer for Mental Health Program. 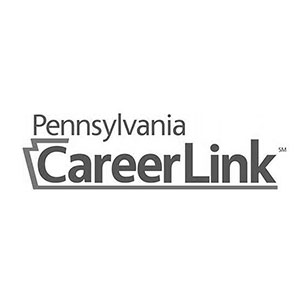