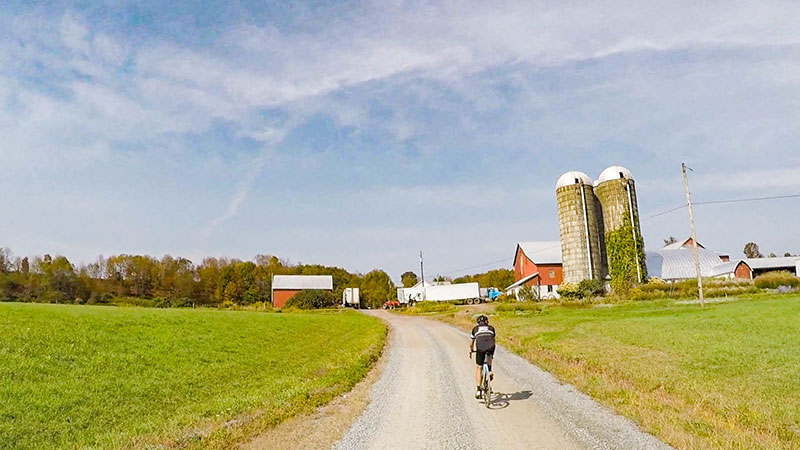 On Sunday, September 22, my DiscoverNEPA Cycling teammate, Aaron McNany and I took on the famed Maple City Century. The 100-mile ride through beautiful Wayne County began at the Wayne on the Hill restaurant just north of Honesdale. From there, we headed north until we picked up the always picturesque Delaware River for quite a few miles. And then we turned southward for the home stretch around some tranquil State Game Lands and a few long spans of rolling farmland. The organized ride also featured an intermediate Metric (63-mile), and an easier 30-miler. All routes were designed to truly showcase the great riding the area has to offer. 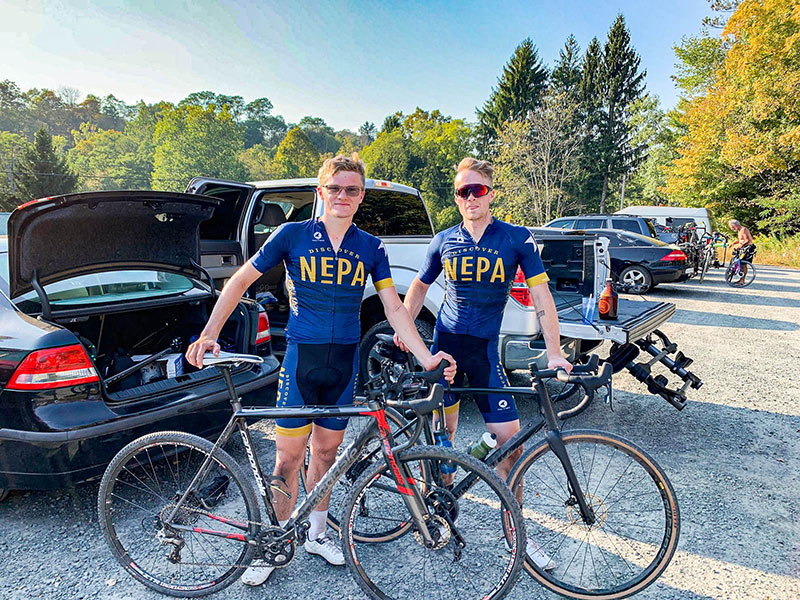 There’s something special about preparing for a long group ride. You begin to notice the charm of a familiar bumper sticker, many times over. The symphony of ratchets cranking and wrenches clinking opens the soundtrack. Cyclists ready their two-wheeled companions in the ride lot. There’s an excitement that fills the air — the haste of preparation combines with and a hint of apprehension. The prospect of finishing the ride suddenly rolls out in front of you. Hundreds of hours grinding and training have brought you to this moment. And nothing makes all that hard work more meaningful than the exact second your tires hit the open road. 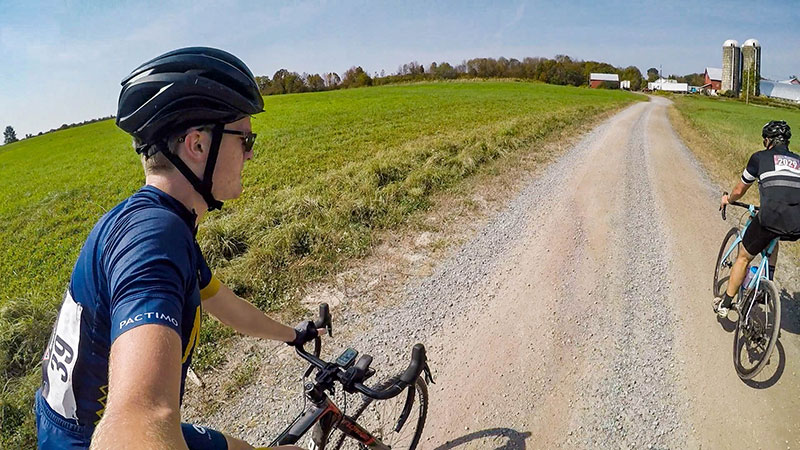 Aaron and I opted for the 100-mile (Century) ride. We loaded up on caffeine and cookies, programmed the route onto our Wahoo’s and set off.  Unfortunately, I had a mechanical issue just a few miles in. Having hurriedly built the bike before this ride, I forgot to tighten the main crank arm bolt. This is a bike’s only 10mm hex socket. The problem — nearly all multitools only include up to the common 8mm wrenches, so no other riders had the right tool. Luckily, this was a fully supported ride and an organizer kindly drove the route with the right tools (and some very tasty homemade protein balls) to get us on our way. 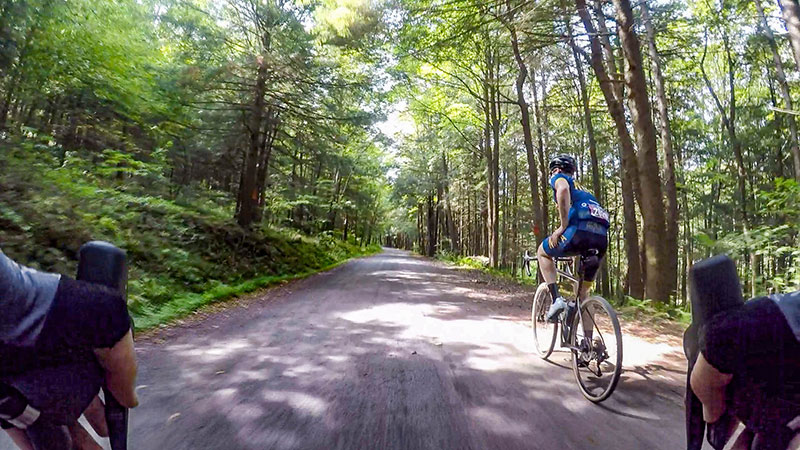 We made our way through the beautiful back roads of NEPA, hopping across paved roads to keep our tires on gravel. The 100-mile ride featured three rest stops at 25, 50 and 75 miles. Each one was a true testament to the good will and camaraderie in the cycling community. Stops also make for better riding since you can pack lighter, and they offer a great excuse to stop and shake your legs. Also, the fresh bananas and delicious cookies were a welcome sight, driving us onward to more gravel.

Shortly after mile 50, we hit a 4-mile section of single-track that reverberated through the rubber, into the rims and eventually to our bones. I would venture to say, from that point on, my shoulders were taking more of a beating than my legs. Aside from losing my favorite water bottle with 20 miles until the next stop, we had a blast on the rough section. Still, we emerged from the trees and some of the toughest gravel yet with an audible sigh of relief. It was good for the spirit to see the smooth gravel ahead. 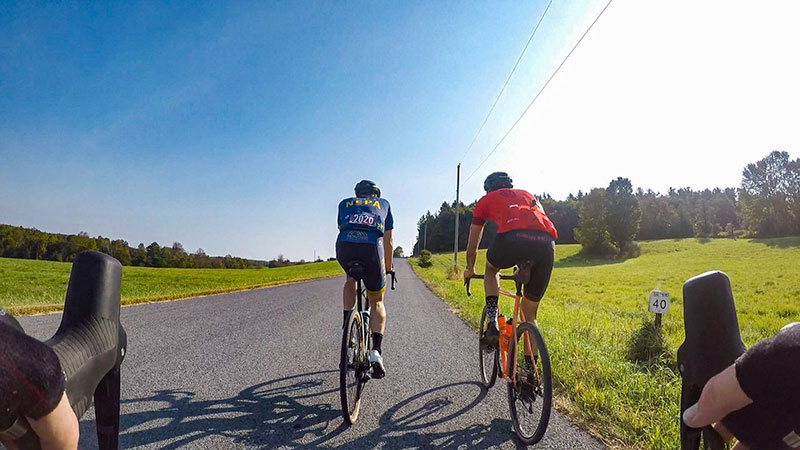 There comes a point in these rides where silence is the loudest form of communication. It’s pleasing to welcome conversation in the early stages. It helps to carry you through. But when you reach a certain point late in the grind, it’s the quiet poetry of the road and the trees and the sky peeling off behind you that gets you home.

We found ourselves silent, taking in the scenery, detached from the world for maybe an hour at a time. There’s nothing quite like letting the mind wander. Each section of road felt more remote and beautiful than the last. We weaved alongside rivers and rock walls as if they laid out before us with each crank of the pedal. A family of bears, perhaps a little too confident in the silence of the woods, crossed just ahead of us. A few miles later, we caught a glimpse of an elusive porcupine (my first sighting). 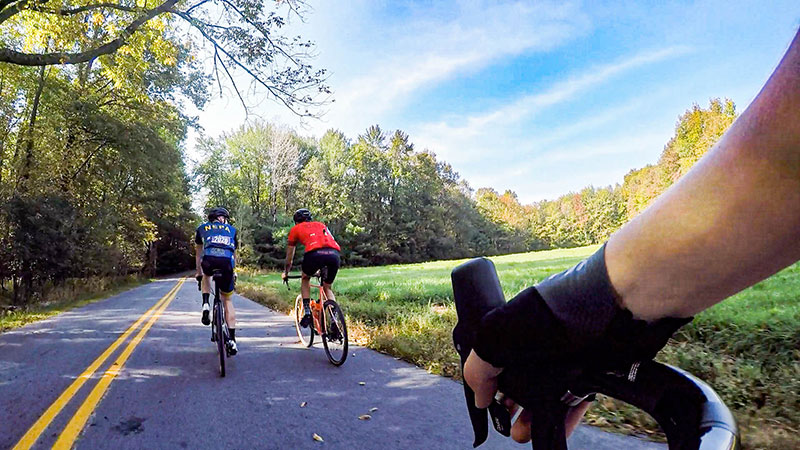 As we rolled through the last few miles, shoulders aching and sit-bones sore, we both began to experience the reward of having completed the ride. No, we weren’t there yet, but we had passed the point of wondering whether we would make it. No physical or mechanical failure would stop us from finishing. It’s a point where the road ahead could be paved with boulders, and we’d grind through it to get to the buffet and beer waiting at the end. Sometimes even the simplest of motivators will suffice.

We made it back. We thanked our trusty bikes and tossed em’ in the car. Then, we documented the hard-earned dirt and sweat with a few photos and headed inside for a hot meal and a well-deserved beer. Despite any setbacks during the ride, I couldn’t have asked for a more beautiful day or a better route. The relaxed, exploratory style of longer rides has been really attractive to me, especially in an area as beautiful as NEPA. I can’t wait to get outside and continue to explore what NEPA has to offer and I encourage you to do the same.

For those interested, you can check out the route here:

We’re riding along with the DiscoverNEPA Cycling Team to learn all about places to ride and people to meet. Get out on the roads and trails with these tips from NEPA’s own cycling community. 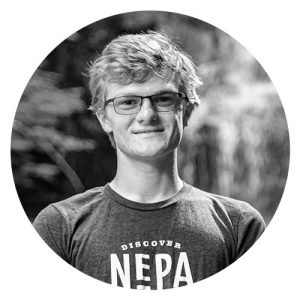 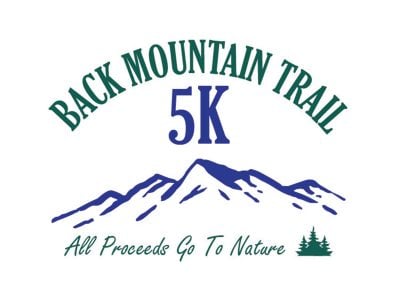 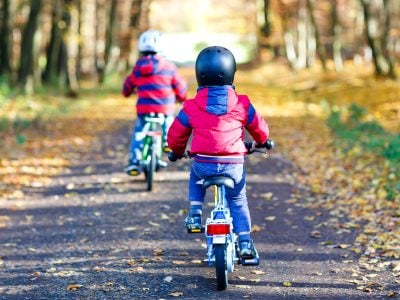 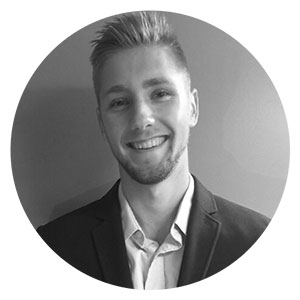 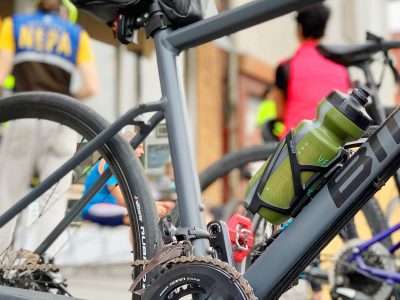 Buying a New Bike: Tips from the DiscoverNEPA Cycling Team