"You’re in the mountains one day and the next day you can be at the beach. How many people are lucky enough to say that? And you can still come back home and have this cozy hometown feel.”

Maggie Calpin knew from a young age that she wanted to be everything, so much so that she nicknamed herself Princess Lots-A-Names. She had big plans for herself to see it all, do it all and be it all.

Those dreams took root in Dunmore. Born and raised in the borough alongside her two older sisters, she attended Dunmore Elementary, St. Paul’s and Wyoming Seminary. Her early years were filled with softball, Girl Scouts and performing with the Singer’s Guild. She thought she was bound for Broadway but instead found a love for cosmetology. Empire Beauty School prepared her for a stint doing hair, makeup and body waxing. When The Office cast came to Scranton for a Good Morning America interview, Maggie was chosen as their makeup artist.

But she still felt something else was calling her name. So, while working full-time she earned a bachelor’s degree in business from Keystone College. Maggie readily admits she was born a spitfire full of dare with just a sprinkling of rebellion. Being a boss lady is in her DNA. So, call it fate or pure will and determination, but buying her first turnkey business at only 24-years-old, just two months post-graduation, felt like it was meant to be. Now, thirteen years later, Nibbles & Bits, a gourmet gift basket and chocolate shop in Dunmore, is thriving.

We sat down in her backroom office bursting with bows, boxes and packaged baskets ready for shipping to get to the bottom of that ever-burning question – Why NEPA?

Dunmore is like most small towns in our area. It has that home/family feel. We just started a committee recently. A revitalization of the area to get the streetscapes going and get that environment nice. We were all picking (theme) songs and I’m like, “We Are Family.” I just love that song anyway. And they are all like, ya! We started playing it and I’m like yes, that is Dunmore. I mean, not even just how we always say it’s a Scranton thing, in a way, everyone is related to each other. I think there’s something to say about that comment even when people say we’re all related to each other.

We all love it here. Most of us leave and always come back. Most of us stay. I stayed. I’ve had friends that left, went away to college, maybe lived in New York City for a little bit, but nine times out of ten they come back home. I just think there’s that sense of community spirit – that family feeling. Everyone waves and says hi. It is like a Hallmark movie a little bit sometimes.

I think in our small towns there’s just such kindness here. It speaks volumes of our area. Dunmore, specifically, but obviously, I think the same thing happens in many of the other smaller towns in Northeastern, PA.

I’m so boring. I’m so awful. Let me think. I would say Hank’s Hoagies. I do their Italian hoagie. I love the flavoring of onions and tomatoes, I’m just not an onion and tomato girl. I don’t mind the flavoring, but I pick ‘em off. But then their secret sauce. I don’t know what it is. I say extra. It’s a mustard mix with something else blended. The bread is so amazing. A nice little six-inch guy and they are just, I don’t know. It’s fresh. It’s super unreal and their inexpensive. I wanna say like five bucks.

They come in the wax paper so you peel it back. It’s super old-school. I’ve never been upset with Hank’s. It’s affordable, it’s quick, it’s tasty, it’s fresh. Wax paper. Super old-school. And they are just nice guys. They’re just like a nice family. My mother taught them, their kids. They are just nice people. Right near Marywood University. The university kids love it. So, you got to get there at the right time.

This is going to sound weird – I love going for drives. And we just drive around everywhere. With your website, we found so many really cool hidden gems that you don’t know about. We went to see Grey Towers. We didn’t do a paid tour, we just walked through it and it was fun. We did the trails – I think it’s a couple miles long. We went around the house. We took pictures. It was just so magical. We just kind of do that. We are up for anything.

Sunday mornings in the summer, because we work so much, every Sunday, we go to a New Jersey beach.  It’s like two hours and 40 minutes. We are so lucky that you can go anywhere. But I also think we have such a beautiful area. Our highways are surrounded by gorgeous mountains. I think it’s really cool we can experience all the different seasons here.

But again, I think it’s cool you can go to Top of the World and it’s half a mile away. I could easily walk from here. It’s just so cool that we do have these really nice things and I don’t know if everybody has them in their area. I don’t think they do, maybe. Or if they do, they don’t get to explore. That’s my favorite thing. Getting in the car, driving somewhere, exploring and just doing different things. I don’t know, I just say there’s so much to do. But I think my favorite is definitely getting in the car and going for a country drive or just going for a drive to see something different in our area.

This year we are going to be officially house shopping. We’re getting married this year. We’re getting a house this year. So, I’m very excited for those two huge things. I’m hoping for the business that we pick up a couple more Wegmans, maybe. (You can currently find their homemade chocolate confections in the Wilkes-Barre, Scranton, Allentown, Bethlehem and Nazareth locations). I’m hoping to move down to Philadelphia. I’m FDA approved, so maybe we can cross lines and go into New Jersey or New York. I’d like to pick up a couple more wholesale accounts with Wegmans. And then just keep on expanding the storefront, hopefully.

I think they are going to keep on doing what they’ve been doing and doing it better each year. I mean, there are so many more events now. All of the communities are doing fall festivals and Christmas festivals and I think that’s amazing.

And they are really paying attention to towns like Honesdale and Jim Thorpe and Montrose and Tunkhannock and downtown Pittston. They are paying attention to these really cool communities that I found out took years in the making. It didn’t happen overnight. But what they are doing, and the revitalization that they are doing, and that’s something that I know Dunmore definitely wants to jump on because we have that core. We have the people.

I’m so excited to have this and clean it up and make it cutesy. Not that’s it not, but make it like a Jim Thorpe, which is so quaint. Or Honesdale is amazing. And Pittston – the buildings have all been redone and they are just stunning. Because of that, all the businesses are booming and new businesses are opening up. People are moving to larger storefronts because they are doing well. And there’s restaurants.

(Sigh) I mean, I know this is going to sound weird, and it’s probably safe to say, but like, it’s my home. There are times where we dream about opening a second location in Cape May. That’s definitely on my five-to-ten-year list because we are quieter in the summer so it makes sense to be in a touristy town. And I love the beach. But, could I do that? I probably could move there full-time. Any of us could.

Why do we all choose to stay? There’s a reason. Is it because of safety? Is it because we’re scared of change? Could be. Maybe secretly a little bit of both. But I also feel like, I like it. I like when we go on vacation and we come home and we drive down Drinker Street and know I’m almost home. I don’t know why. It’s just a feeling of comfort and warmth and like a grandma hug.

I choose it because it feels right and I don’t know if I would feel right anywhere else. I think I would feel lost, you know, and I feel at ease here. I feel like our area, it’s just a comfort feeling. My anxiety is low. In a world where there’s so much anger sometimes, it’s nice that in these smaller communities there’s a lot of love. We’re a little sheltered and that’s okay. I think it’s sweet we all do things for each other. It’s nice. That’s why I stay. It just feels right.

Michelle is a life-long NEPA resident and currently calls the Back Mountain home. She loves telling stories that highlight the places, people, and things that make this area such a great place to live. Outside of writing, Michelle loves to binge-watch HGTV home renovation shows, reading, and exploring local spots with her family.

View All Articles by Michelle Johnson 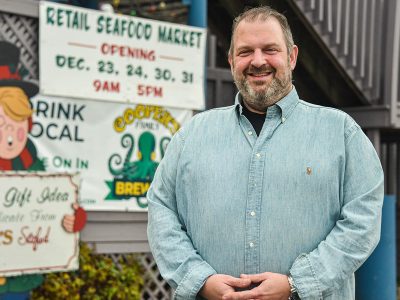 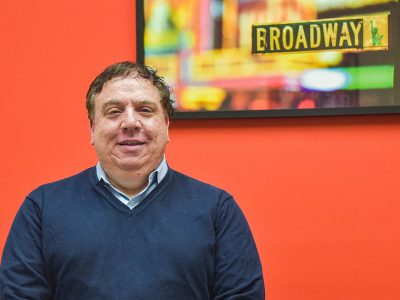 Frank Blasi of Broadway Theatre of Northeastern PA – Why NEPA? 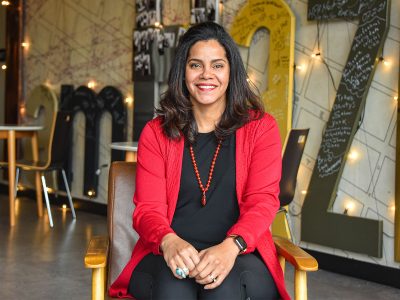 Yosara “Yoshie” Gonzalez of the Downtown Hazleton Alliance for Progress – Why NEPA?