Autumn in NEPA is all about the Bloomsburg Fair. We’ve got beautiful, early fall weather, rides and games, music and adorable animals and, more importantly, food. Yes, the fair is a lot of things to a lot of people, but for so many (us included), it’s all about the food. We spent the week hanging out at the DiscoverNEPA media tent, and you better believe we made quite a few trips down those famous numbered streets.

If you haven’t stopped down the fairgrounds yet this week, you’ve got two days left. Let’s do lunch at the Bloomsburg Fair.

First, we stopped by Blooming Onion to taste one of their iconic deep-fried onions. Each crispy bite paired perfectly with their homemade zesty dipping sauce. Then, a whiff of the nearby Smokehouse Grill lured us along. We just couldn’t resist the massive, smoked and grilled turkey legs. They were perfectly tender, juicy and big enough for a small family.

Of course, you can’t do the Bloomsburg Fair without some crazy, deep-fried creation. Enter cactus fries. On the advice of dozens of friendly fairgoers, we stopped by Ron’s Cactus  Taters  to give these curious delights a try. They did not disappoint.

Suddenly, we started feeling a little adventurous. Our next stop took us out of our comfort zones to say the least. At Feed the Beast, you can try fried alligator bites, frog legs, elk burgers and much more exotic delicacies. We also had the fries smothered in a spicy beast sauce and melted cheese. Totally off the wall? Maybe. Oddly delicious? Absolutely. You’ll just have to give it a try.

The foodie tour continued with the hearty XL Sampler at El Puerto de las Empanadas food truck. The golden, perfectly flaky empanadas were stuffed with fresh,  shredded buffalo chicken and melty cheese. We then hit Malvo’s Chill Spot for a little Jamaican twist. The spicy jerk chicken nachos were piled high, and the decadent ribs and rice came smothered in a tangy, velvety sauce. Then, it was grilled cheese and nostalgia time. The Grilled Cheese Café 2 offered up dozens of gooey and cheesy options. Somehow, we were able to limit ourselves to just one.

Almost forgot… the sweet stuff. The smell of a fresh apple dumpling is enough to make anyone suddenly have room for dessert. Top it with a scoop of cinnamon ice cream, and we’re in heaven. It’s clear why fair-goers pack Vance’s from the start of each day until the very end. Next, we tried the pumpkin waffles from Pumpkin Waffles by Kolan. These aren’t your traditional waffles. This stand deep fries the dough and covers them with powdered sugar. Each crispy bite greeted us with a comforting pumpkin flavor that we just couldn’t get enough of. We also tried the Pennsylvania Dutch Donuts from PA Dutchalicious. The size of this donut itself makes it unique, but the delicious fluffiness and sweet flavor of these donuts is really what sets them apart.

The Bloomsburg Fair runs until Saturday, October 2nd.  Make sure to stop in and try these delicious treats for yourself! 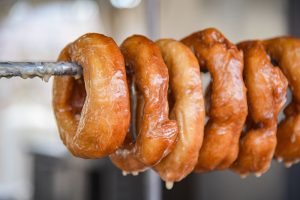 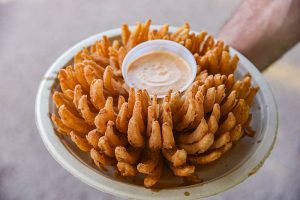 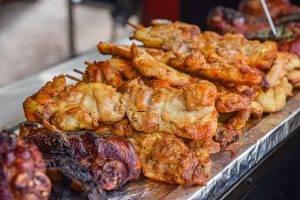 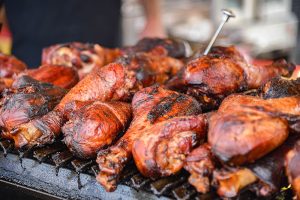 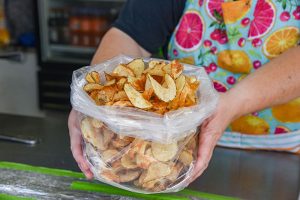 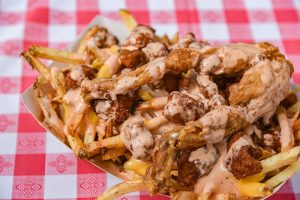 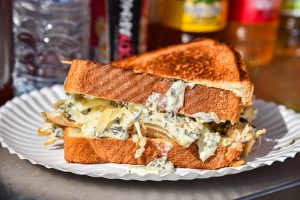 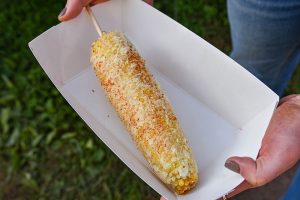 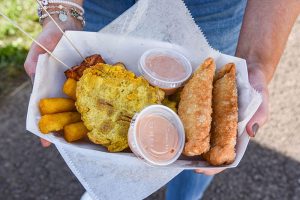 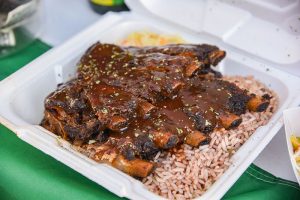 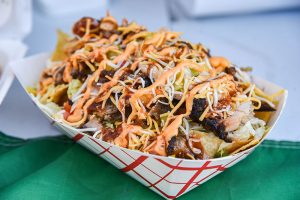 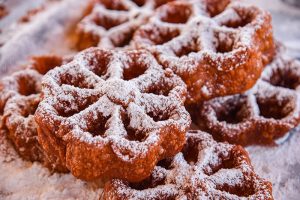 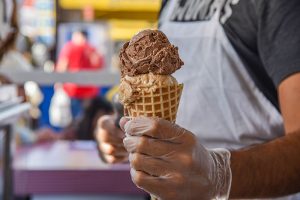 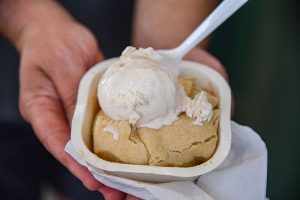 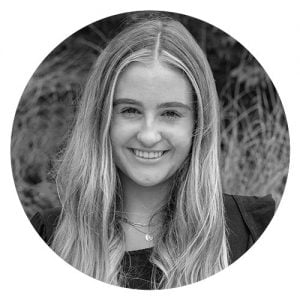 Rachel graduated from Marist College in 2021 with a degree in Communications and Fashion Merchandising. When she’s not working you can find Rachel shopping, trying new restaurants in NEPA, and spending time with friends and family. Rachel loves dogs, and will never pass on the chance to meet another four-legged friend.

View All Articles by Rachel Maculloch 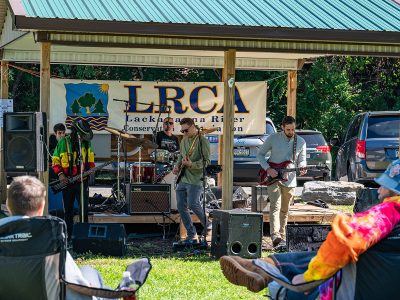 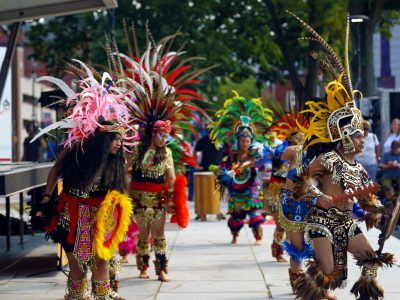 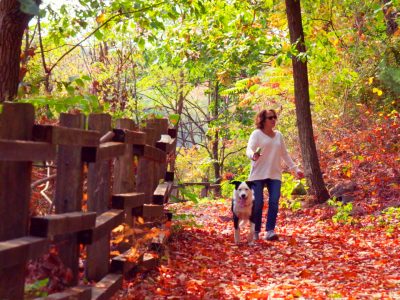