“Your ability to make an impact is so much greater in a smaller community.”

When Krista Schneider left her hometown in Conyngham, she wouldn’t return for nearly 20 years. Two decades sounds like a long time, but for Krista, it was quite a whirlwind. After graduating from Penn State, she immediately went into the Army, serving everywhere from Savannah to Fort Devens and even Japan. She bounced between cities all throughout the East (and picked up a master’s at Harvard along the way).

Yet, home still remained close to her heart. Krista moved back to NEPA right before the Great Recession, when businesses all over the country were already struggling. Always a go-getter, she knew she had to do something to help.

Krista helped found the Downtown Hazleton Alliance for Progress, a nonprofit that’s helping to make Hazleton a vibrant place to live, work, and visit. They’re the group behind the First Friday art walks and the Downtown Hazleton Farmers Market. Since 2014, Krista has served as the Executive Director and led countless efforts to uplift the city.

We caught up with Krista at The HUB Welcome Center, a beautifully restored building at the heart of Hazleton’s Arts & Innovation District. With COVID restrictions easing up, she had plenty of exciting projects on the horizon, from an outdoor concert series in the new CAN DO Community Park to fun, self-guided food trails through the city’s favorite restaurants. Krista clearly has so much passion for the community that we just had to ask: Why NEPA?

I was born in Hazleton and was raised mostly in the Conyngham Valley, where my dad’s family is from. Afterwards, I went to Penn State on an ROTC scholarship. After college, I was in the Army for several years, and I moved around a lot. I was gone from the area for about 20 years total. It wasn’t until 2006 that we moved back.

Um, pizza. [laughs] All the good pizzerias. It just wasn’t the same. That’s probably what I missed the most. Plus, everywhere I lived was in bigger cities, so just being able to have that rural environment be very accessible, like the farm markets. I love just having that.

Well, I live in Conyngham, so it’s a toss-up between Vesuvio’s and Fratelli’s.

We were living in Charlottesville, Virginia, at the time, which was a great, beautiful community. It had great quality of life. It was just really expensive. We had two kids under the age of two, and our daycare costs were more than our mortgage. We had no help because we had no family there, and we were both working full-time. We were exhausted, and we were like, “Why are we doing this?”

Rob [Krista’s husband] had an opportunity with a job back here, so we decided to move back home. His family’s here. My family’s here. It’s really about reconnecting with the family, having the kids grow up with their cousins and their grandparents. It’s just lower cost of living, better quality of life and being near family.

I’ve lived in bigger cities. I’ve lived in Boston, Lexington, Savannah, Charlottesville and a couple other places. One thing I’ve found is, your ability to make an impact is so much greater in a smaller community. You’re either a small fish in a big pond or a big fish in a small pond. So I feel good about living here because it’s a smaller community, and I can have more of an impact.

I love the Milkhouse Creamery and the Conyngham Brewery. All the places that are making their own stuff—I love that. I would also say The Poppy Press, just because she does such creative things, and I love coffee.

I spend almost all my free time at the Butler Township Community Garden, which is something else that I founded back in 2009. It’s about an acre and a half of what used to be farmland, but now it’s Freedom Park in Butler Township. People can come there and rent a plot and garden for the summer. We have a program there called the Growing Markets Program. We teach young people, like through college internships, how to grow food to sell. Then they come and sell at the farmers’ market, and it gives them the opportunity to learn and also earn some money.

Our kitchen incubator is our next big project. We just got it licensed. The Department of Ag came in, and they certified it. We have our first tenant starting out. She’s actually a LaunchBox client. It’s called Sweets Melendez. She’s making these artisanal tropical fruit desserts. I think there’s three or four other applicants. We’re hoping to promote that more. The Arts Center has a lot of events that are planned for the summer. They have a summer camp. And our Arts in the Park concerts. We’re just hoping to get things back up and running.

There’s so much growth with the industrial parks, the transportation and logistics economy and the distribution centers. There’s going to be a huge demand for labor, which is probably going to be more population growth. I think it’s going to continue to keep changing. From my perspective, it’s just even more important now to really make sure that this foundation is laid so that new growth and new investment happens in a way that it’s being planned for, not just ad hoc. But I think there’s going to be a lot of investment and a lot of opportunity here.

Like I said, for me, it’s all about family. This is home for me. And from my job perspective, this is just a place of opportunity. 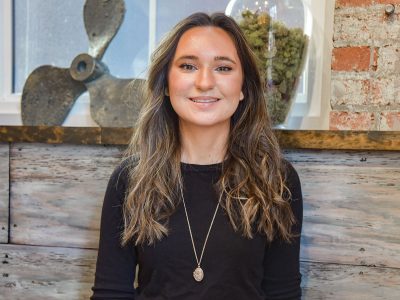 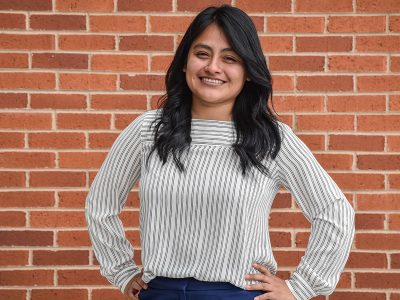 Stephanie Juarez-Ventura of The Greater Scranton Chamber of Commerce – Why NEPA? 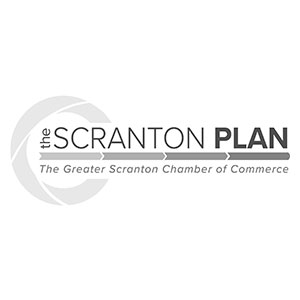 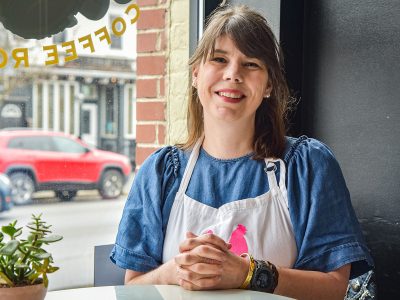