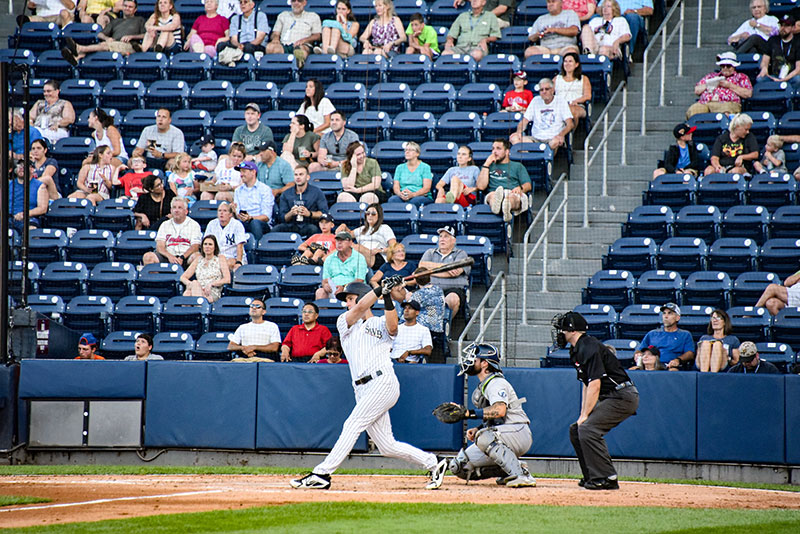 Baseball will be back some day, and until then, we’ll just have to talk about it.

Nothing sums up a NEPA summer quite like the sights, smells and sounds surrounding a busy ball field in mid-June. By that time in the season, the game returns to the ear with an audible familiarity. You can distinguish between a base hit and a pop fly by the crack of the bat. The hum of the stadium lights hypnotizes fan and mayfly alike. And neither are willing to leave until the whole scene settles dimly with winners carrying smiles to their cars and the day’s defeated walking off with only a dream of the next at bat.

In very few places does the scent of a lowly hot dog striped in yellow mustard inspire so poetically a reverence for simplicity. Baseball is a game of stillness and quiet, punctuated by just the right amount of momentary excitement. At the ball park, stress settles deep below the suds of a cold beer in a plastic cup. And the joy of witnessing a noble effort on the field is matched only by the innocent spark in a kid’s eye at the promise of snagging a foul ball. 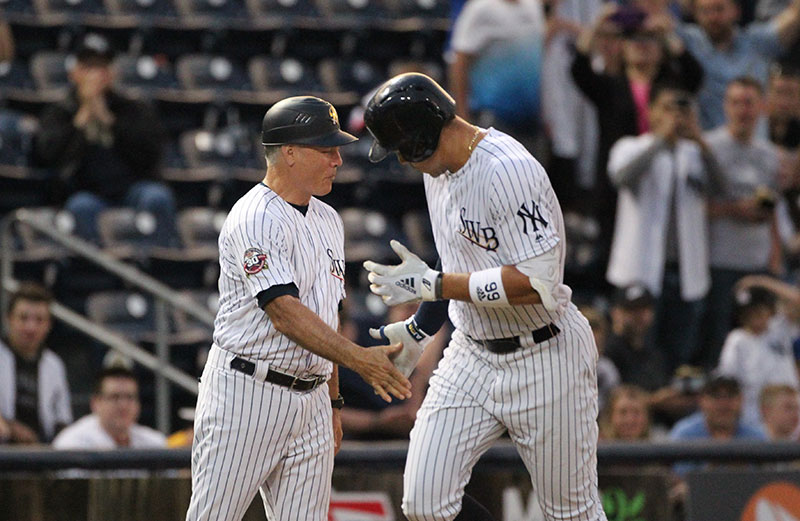 We can go on and on.

But, if we’re going to talk baseball, we might as well bring in the pros. We recently had a chat with Scranton/Wilkes-Barre RailRiders Manager and NEPA native Doug Davis. He offered up the skinny on the team’s prospects, growing up in NEPA farm country and the Bloomsburg Fair. Have a look.

So you’re a Northeastern PA native. Where did you grow up?

Obviously, throughout your career as a player and a coach, you’ve spent a lot of time away from your hometown. Was there ever anything in particular that you would always miss about NEPA?

Oh, no doubt. I was very fortunate to grow up where I did here in this part of the country. You know Northeastern Pennsylvania, our area, is just a very unique spot. And Bloomsburg itself, with the university and Geisinger Medical Center close by in Danville, I think it was a really unique area. It was a small town, but it still had some things here that I would consider being more emblematic of larger communities.

I was always so proud to tell people that it was the largest agricultural fair in the country east of the Mississippi. I mean, I grew up on a farm, so the Bloomsburg Fair was a big part of my life. And I always loved checking out the livestock and all the animals. I was in the FFA program, so in high school, I would take vegetables, hay and different things to the Fair to be judged. So, yeah, I loved the Ag buildings and the animals and all the equipment. And, of course, funnel cakes. Back then, the only place you could get a funnel cake was at the Bloomsburg fair.

When you’re not travelling with the team, what’s your favorite thing to do in Northeastern Pennsylvania?

Well, I hunt. So, hunting season is a big deal for me. And I hunt about everything you can hunt. It also keeps me close to some people who I would consider very close friends. And we enjoy hunting together and that gives me an opportunity to spend some time with them. But, first and foremost, because of the travel schedule and being away from home as long as I have been, just being home with my wife and family is priority. I like to golf a little with my sons. I don’t golf much at home though. I golf during the season. But, typically, when I’m home, I don’t like to do anything that’s going to take me away from home because baseball has always done that.

Minor League baseball has persisted here in NEPA for over 30 years now. You’ve spent some time playing and coaching all over the country. Do you think there’s a secret to this organization’s staying power in NEPA?

I think a big part of that is history. You think of Northeastern Pennsylvania, you think, you know, sports are huge here. And they always have been. Pennsylvania was always very well known for football and wrestling. And baseball was also a big part of that too with the Phillies and the Pirates. And I know a lot of people who were always big Yankees and Mets fans. I just think Pennsylvania is located in an area that’s very close to major markets and big-time sports franchises. I think sports, and baseball especially has always been a huge part of Northeastern Pennsylvania in various ways. There’s definitely a connection here between the team and the town, so to speak. They’ve always had that. That’s probably the key.

Let’s talk a little baseball. You made it partly through spring training. Have you had a chance to make an assessment of the team? Were things looking good? All the arms working…?

Yeah… I think everybody looked good. It was a typical spring training… up to a point. You know, going into it these days, everybody’s sort of on pins and needles because everybody realizes just how important it is to keep everybody healthy. And that can be difficult. But, I thought it was a very typical spring training until this happened. You know until the Coronavirus started showing up. So, we were going about the business of baseball – practicing and playing games, but once this came to the forefront, the mentality changed to — Ok, how’s this going to affect the players and the game of baseball going forward.

For the diehards out there, what will they have to look forward to if and when the RailRider’s 2020 season gets underway?

Once we come back and everything’s safe and the stadiums are a safe place to be, the fans will be back in full force. And I think baseball will bring some normalcy back because that’s what people look forward to. Obviously, the economy and everybody getting back to work and healthy is a top priority for everyone, but eventually bringing some form of entertainment back to the people of the United States is a big part of us getting past this and feeling like we’re all healing. You got to have something to get us back to where we feel like we’re healing, and I think baseball will be a big part of that.

You’re the man at the helm, the captain of the ship, so to speak. It’s your job to keep your players heads in the game when the pressure is on. Do you have any advice, as a coach, for the NEPA community as they navigate these difficult times?

I think the entire country is trying to do the best job we can to let people know that we will get past this. There is a light at the end of the tunnel. There’s no question that there is. Our country is built on compassion and caring. It’s built on family and people stepping up and helping each other. I think the New York Yankees as an organization are trying to find any way that they possibly can, either with individual players or as an organization, to reach out and provide all they can to help the community. And the RailRiders are doing the same.