The 2022 Winter Olympics in Beijing will begin on February 4, followed by the Winter Paralympics starting on March 4. The Games have a way of bringing us together as we tune into the dazzling ice skating performances, epic snowboarding stunts, awe-inspiring ski events and more. We get swept up in the heat of the medal count and root on the athletes, who become household names seemingly overnight.

All that excitement might feel like a world away—like something we’ll only ever witness on TV. But in reality, NEPA has played a role on the Olympic stage. Several athletes with local connections have competed (and medaled) in the Winter Olympic and Paralympic Games. Whether they lived here for a few short years or their whole lives, they’ve carried a little bit of NEPA all the way to the top.

Adam Rippon, originally of Clarks Summit, became one of the standout athletes in the 2018 Winter Olympics in Pyeongchang, South Korea. He made history as the first openly gay man to qualify for the US Winter Olympic team. He then went on to earn the bronze in the team figure skating event.

Rippon quickly rose to stardom and became one of Time magazine’s 100 Most Influential People of 2018. His victories continued off the ice when he won season 26 of Dancing with the Stars.

Rippon’s memoir, Beautiful on the Outside, recounts his rise to fame, including his childhood in NEPA. In it, you’ll find nods to local spots like the former skating rink at the Lackawanna County Stadium (now PNC Field) and the Ice Box (now Revolution Ice Centre).

Stephanie Jallen of Harding first discovered her love for skiing at nine years old when she attended an adaptive ski clinic at Camelback. Jallen was born with a rare condition called CHILD syndrome, which left her with one leg and one fully developed arm.

In addition to being a two-time Olympian, Terdiman has also been a National Champion and a two-time medalist at the World Championships.

Mike Minor grew up in Waymart and attended Western Wayne High School. Now living in Colorado, he is an accomplished snowboarder and skateboarder.

Minor, who was born without part of his right forearm, began snowboarding when he was seven years old. He made his international debut in 2015. Within just a few seasons, he earned World Championship and World Cup titles and became the most decorated male adaptive snowboarder in history. In 2017, he was nominated for the ESPY Award for Best Male Athlete with a Disability.

Minor’s accomplishments didn’t stop there. He competed in the 2018 Winter Paralympics, where he won gold in the banked slalom and bronze in the snowboardcross.

Several Olympic hockey players and coaches can trace their careers back to the Mohegan Sun Arena. The Wilkes-Barre/Scranton Penguins boast countless alumni who have represented Team USA, as well as other countries, at the Olympics.

This year, former Pens captain David Warsofsky will play defense for the US Olympic hockey team in Beijing. Warsofsky is originally from Massachusetts and played with the Penguins during the 2015-16, 2016-17 and 2019-20 seasons. Additionally, five former Penguins coaches will be on Team USA’s hockey operations staff. The lineup includes Bill Guerin, John Hynes, Mike Sullivan, Todd Reirden, and Andy Saucier. 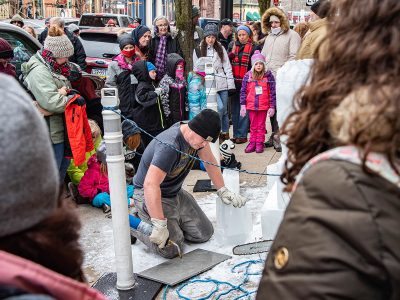 Picture This: Winterfest 2022 in Jim Thorpe 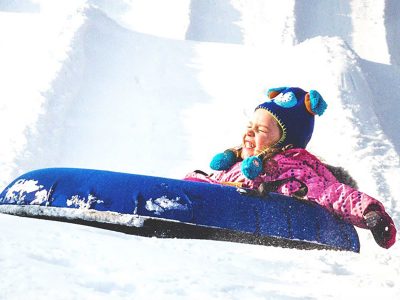 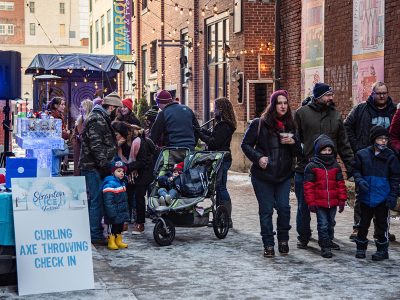