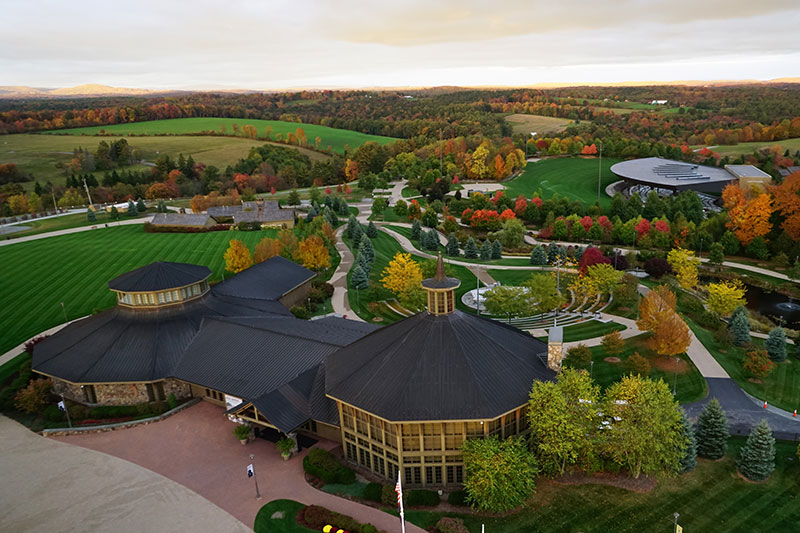 Buckle up for an easy, scenic road trip to the site of the original Woodstock Music Festival.

NEPA has it all, but sometimes you just want to get in the car, crank up that playlist and hit the road. Even today, there’s still something magical about a good old road trip – long games of “would you rather,” ultimate top 10 debates, snacks you haven’t seen since you were a kid and plenty of coffee. For so many, just a simple 2 to 3-hour journey on the open road is the ultimate expression of freedom. And, for some, it’s all about disengaging from the day-to-day and channeling that inner explorer’s spirit.

Just beyond the borders of Northeastern Pennsylvania’s 10 counties, in every direction, lie countless adventures, concert venues, big city lights, sandy ocean shores and so much more. Today, we’re heading into New York’s Catskill Mountains to visit Bethel Woods Center for the Arts and The Museum at Bethel Woods. 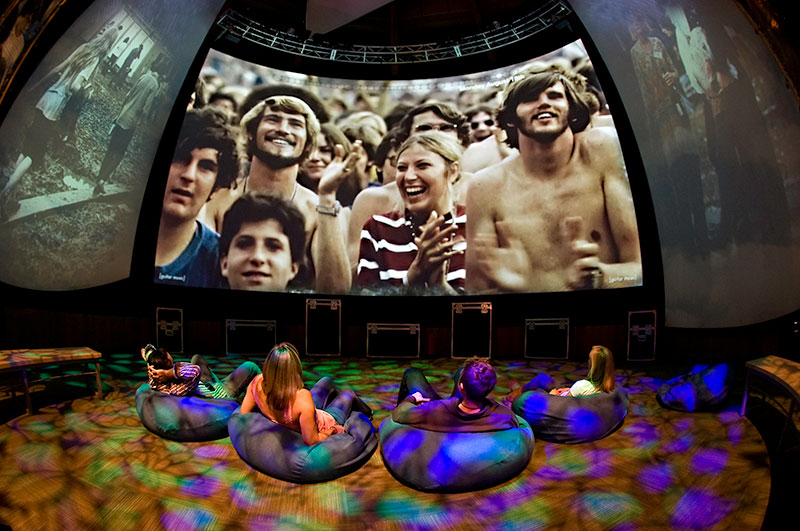 Waking the ghosts of Woodstock.

In mid-August of 1969, the otherwise sleepy town of Bethel, NY hosted the Woodstock Music & Art Fair. For 3 days, attendees found their way across the U.S. and settled in on Max Yasgur’s dairy farm. Through seemingly endless rain storms, thirty-two acts from a wide range of musical genres took to the stage. Each performance, each band and every note etched itself into the granite halls of rock n roll history. And every moment in that muddy field – every movement of the body collective swaying before that stage – signified a noticeable, generational and cultural shift. Soon, there was America before Woodstock, and America after.

In total, nearly half a million people showed up to what was originally billed as a 50,000-ticket festival. Then, even on a summer holiday, Bethel was only home to about 2,500, And though initially reluctant, the charming Hudson Valley town came around. Traffic swelled on the slim rural highways. Fields and roadside patches became temporary homesteads. Iconic VW buses, station wagons and motorcycles parked where they could. People parked where they could. They pitched tents, planned mini-weekend communes and plucked Black-Eyed Susan’s from the roadside to wear in their hair.

It was all in the name of peace, love and music – and a little bit of hope that this would be enough to change the world. 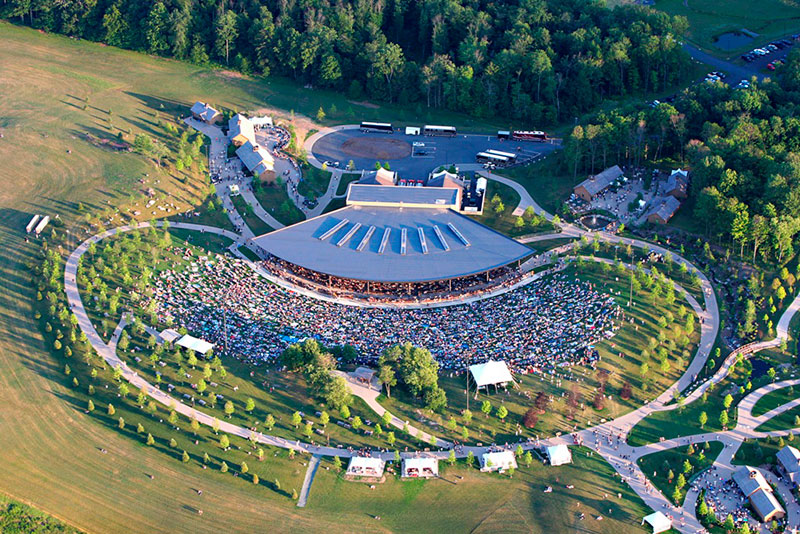 A new look, but the spirit remains.

Today, the site of that original Woodstock concert sits on the National Register of Historic Places. In 2006, the original bowl-shaped hillside pasture transformed into Bethel Woods Center for the Arts. The pavilion-style concert venue honors the legacy of Woodstock and continues to nourish the spirit of peace, love and rock n roll born here decades prior. The venue hosts popular summer concerts featuring some of the biggest acts in music. From contemporary country to classic rock and everything in between, Bethel Woods has become a hot stop for many national tours. And, in some cases, a single summer weekend show serves as a homecoming for original Woodstock performers.

Just like it did in 1969, when there’s a band in town, Bethel comes to life. Local restaurants and shops bustle with activity. Cars, trucks and buses pour in from all over the region. They fill up the adjacent fields. Tailgating ensues. A cosmic camaraderie infects each parking spot. Neighbors, who up to this point were only strangers, share a beer before entering the venue. Inside, minutes before show time, they file in and spread out on the expansive greenery. And when it’s all over, they take to the road for home – wherever that may be. 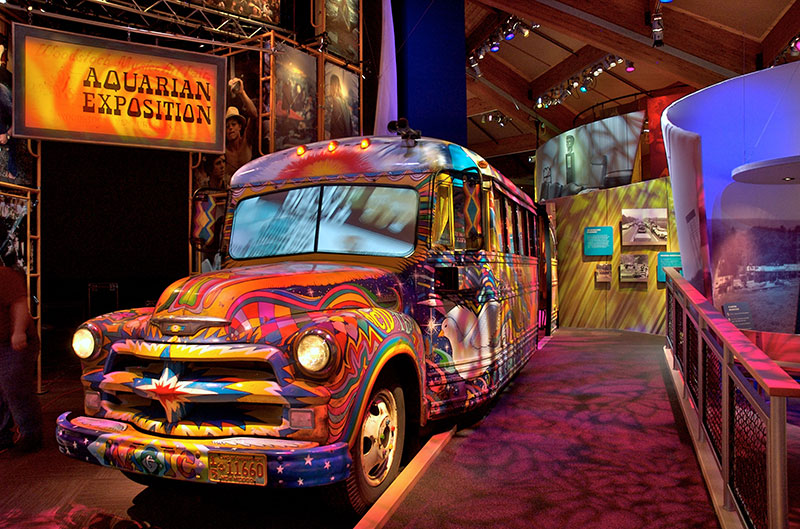 Go behind the music.

Experiencing the Bethel Woods Center for the Arts through live music is one way to channel the spirit of Woodstock. But there is another. In 2008, the venue expanded its cultural outreach and opened The Museum at Bethel Woods. The popular museum is dedicated to preserving the legacy of Woodstock and to telling the larger cultural story of the sixties.

The nearly 7,000 square-foot museum features permanent and temporary installments throughout the physical building and grounds. Walk through The Story of Woodstock and the 60s in the Main Exhibit Gallery. This interactive, multi-media display delivers a narrative through film, artifacts, hundreds of photographs and dozens of interpretive texts. You can explore everything from the artists and the music to the fashion and artwork. 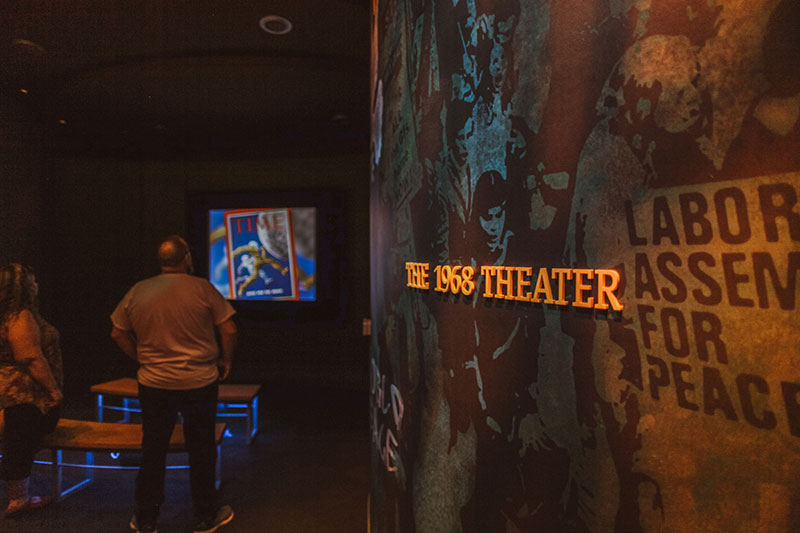 And for the ultimate 60s experience, check out Woodstock: The Music. This exhibit electrifies the iconic concert using high-definition performance footage from the event. It also mixes in unique perspectives from contemporary artists and even some of the original performers. Walking tours of the festival grounds are also popular. And now they’ve entered the 21st century. Meet Me at Woodstock is a narrated, augmented reality tour that drops you right into the middle of it all using modern technology.

The Museum also hosts special temporary exhibits featuring art, advertising, video and photography of the era. And please don’t miss your chance to take it all in from the famous Peace Overlook just a short walk above the festival grounds. 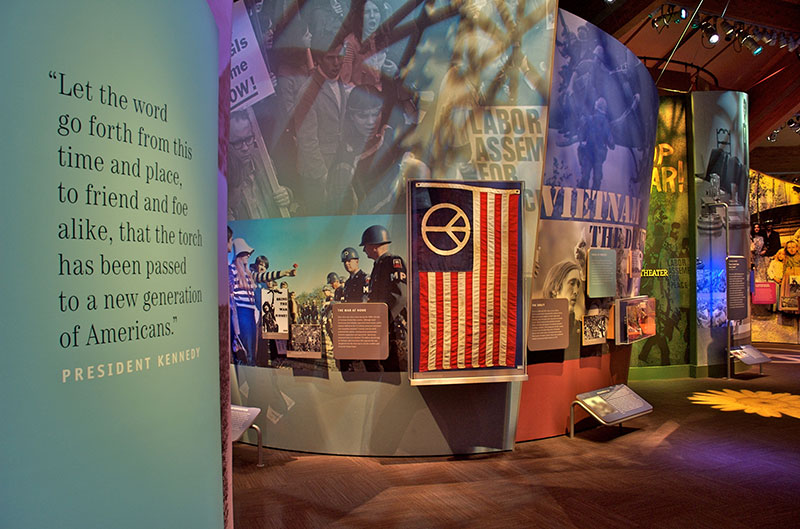 No matter where you’re coming from, you’ll enjoy the easy, scenic drive to Bethel Woods. The venue sits just 15-20 miles outside of NEPA. Coming from Wilkes-Barre / Scranton will take you roughly an hour and a half. The route winds through the Pocono Mountains and into the scenic western Husdon River Valley. Plenty of classic road trip discoveries await you along the way. Head out early. Plan for an unforgettable, classic country breakfast. Make a few stops at local wineries and breweries. Break for a bit to spot majestic bald eagles along the cool, clear Delaware River. Just don’t forget the camera.

Plan your next day trip to Bethel Woods Center for the Arts and The Museum at Bethel Woods. 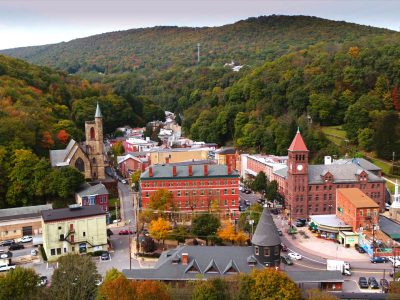 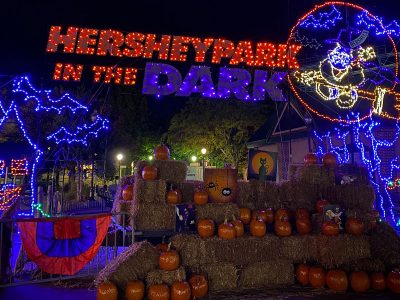