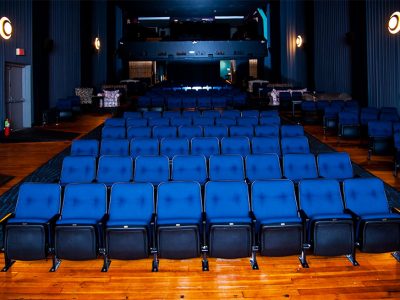 Catch a first- or second-run movie for just $5 at the nonprofit Berwick Theater and Center for Community Arts (BTCCA), a historic, single-screen destination that has received national attention.

Originally built by the Patriotic Order Sons of America as an opera house, the BTCCA was first a movie theater in the 1920s-1930s, when it was famously known as the Strand and played silent movies.

In addition to showing movies, the BTCCA hosts Trivia Night, Entertainment Bingo, Craft and Sip, and The Rocky Horror Picture Show, with a shadow cast.