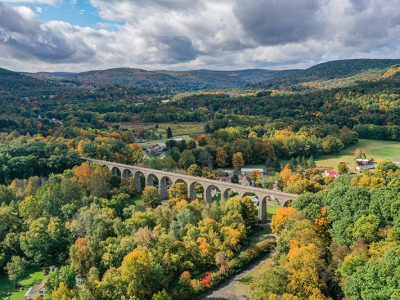 The Starrucca Viaduct is a historic stone bridge near Lanesboro. Built in 1848, it is the oldest railroad bridge in Pennsylvania that is still in use today. It is smaller and older than the nearby Tunkhannock Viaduct, but its history is just as impressive.

The viaduct was created by the New York and Erie Railroad to cross the wide, sweeping valley near Starrucca Creek. The bridge is 1,040 feet long and about 100 feet tall with 17 soaring arches. It took over 800 workers a little over a year to construct the bridge, which is primarily made of local bluestone. At the time that it was completed, it was the world’s largest stone railway viaduct.

The Starrucca Viaduct is listed on the National Register of Historic Places and designated as a National Historic Civil Engineering Landmark. You can view the viaduct at Luciana Park on Depot Street. It’s also a must-see stop along the D&H Rail-Trail. 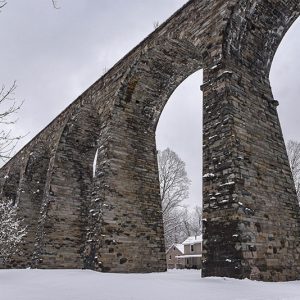 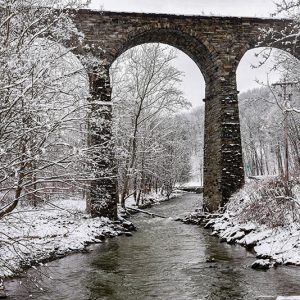 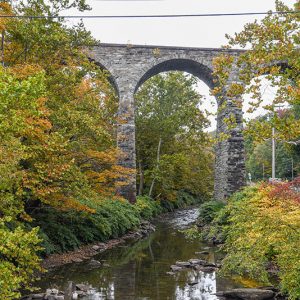 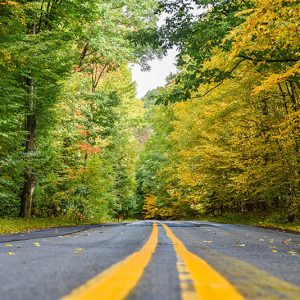 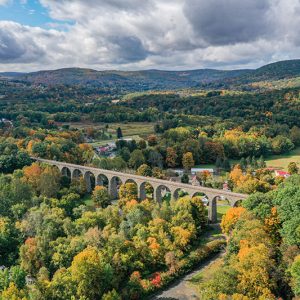 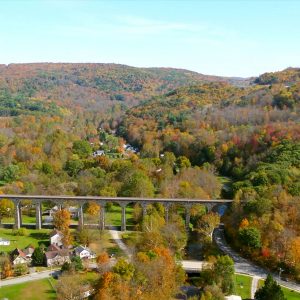 Sights & Stops Along the D&H Rail-Trail

Get Your Tail on the Trail of the Month: D&H Rail-Trail