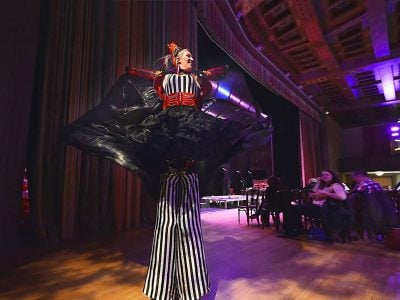 A multi-day celebration of the arts

Since it began in 2015, this festival honoring Scranton’s art scene has become one of the city’s most popular events. Scranton Fringe Festival is a week-long, downtown celebration honoring performing arts of every genre imaginable.

From live stage productions and comedy acts to story slams and street performers, you’ll find it all at the Fringe Festival.

At this week-long festival, events take center stage at a dozen venues across downtown. You can catch comedy shows and theatrical performances at the Scranton Cultural Center, AFA Gallery and the Lackawanna County Children’s Library to name a few venues. There are even workshops for budding artists or those looking to learn a new craft.

Head to Scranton for the annual Fringe Festival and watch the Electric City truly come alive.