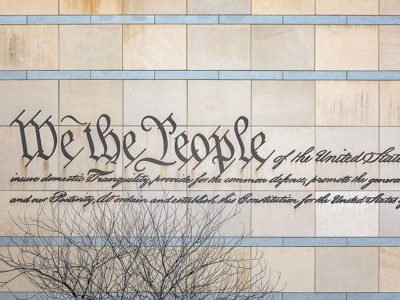 The National Constitution Center documents over 200 years of American history, from the early days of independence to modern Supreme Court cases. This museum features hundreds of interactive exhibits and artifacts. The main exhibit, “The Story of We the People,” will put you in the middle of major events in the nation’s history. Take a seat on the Supreme Court bench and weigh in on famous cases. Cast your vote in historic elections at the polling booths or take the oath of office. Tour their scale models of Capitol, White House, and Supreme Court buildings to get an insider’s view.

Signer’s Hall is another popular exhibit. It features 42 life-sized statues of the Founding Fathers and a rare printing of the Constitution. You can even add your own signature in a new electronic exhibit. Also be sure to see “Freedom Rising,” a 360-degree theatrical production. Supreme Court Justice Sandra Day O’Connor called the show “the best 17-minute civics lesson in the country.”

While you’re at Independence Mall, be sure to explore the historic buildings in the Independence National Historical Park.