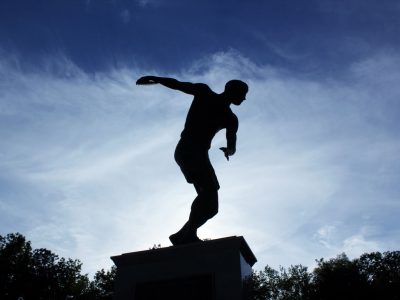 Paying Tribute to an Incredible Athlete

Jim Thorpe never visited the town that bears his name, but his legacy still lives on in his final resting place. The Jim Thorpe Memorial is a park that is home to statues, educational information, and Thorpe’s tomb. Learn about his amazing life story and the role he played in American sports.

Jim Thorpe was a member of the Sac and Fox Nation and attended the Carlisle Indian Academy in Harrisburg. He excelled in every sport he tried and eventually became a professional football, baseball, and basketball player. He was named the first president of the American Football League, which is now known as the NFL. At the 1912 Stockholm Olympics, he won the gold medal in the pentathlon and decathlon and became the first Native American to win gold for the United States.