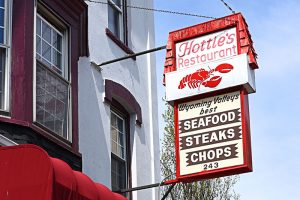 Hottle’s Restaurant has a long history in the Wilkes-Barre area. It was originally opened in 1937 by Ray Hottle, who managed the restaurant until his retirement in 1994. For the next 16 years, Bill and Lynne Karvits ran the restaurant, before finally passing it off to its current owners, Coleen and Michael. Although Hottle’s has changed hands, each variation has remained successful. Today, Coleen and Michael are determined to uphold the tradition of good food and friendly service that Ray Hottle showed them when they first visited as customers.