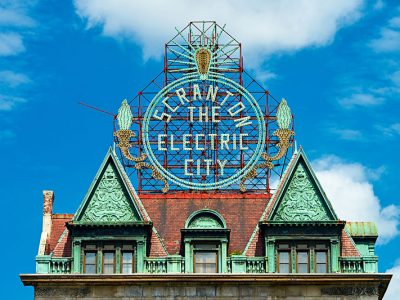 The Electric City Sign is perhaps the most recognizable part of the Scranton skyline. This historic sign shines from on top of the Scranton Electric Building on Linden Street, right across from Courthouse Square.

Scranton earned its nickname as one of the first “electrified” cities in the United States. In 1880, the Dickson Manufacturing Company was the first in the city to install electric lights. By 1886, Scranton was home to the first successful streetcars that were powered solely by electricity.

The Electric City Sign was created in the 1930s to honor the city’s history. Thanks to careful restoration, it remains one of the country’s oldest original electric signs still in existence. 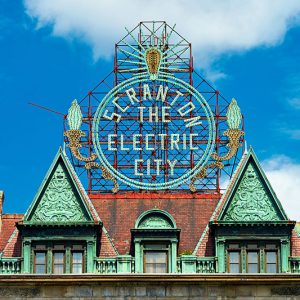 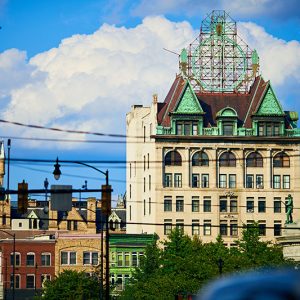 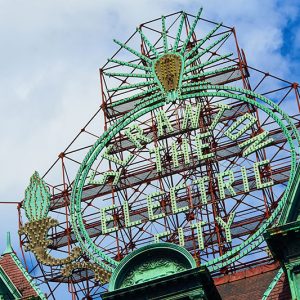 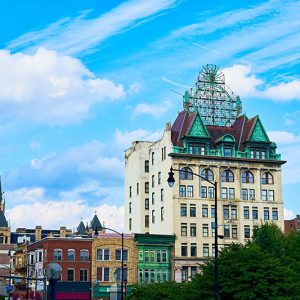 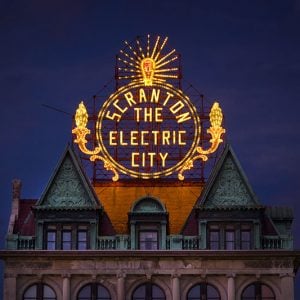