Eckley Miners’ Village educates the public about the story of anthracite coal mining along with patch towns and their residents through the preservation and exploration of the site and its collection.

Eckley is a rural industrial community which is dedicated to preserving the lives of thousands of families who labored to build the nation through the industrial revolution. Eckley serves to foster an appreciation of the hardships endured in pursuit of the “American Dream.”

Founded in 1854, Eckley is an example of a planned nineteenth century coal mining town. It is a community, or coal “patch town,” which provided mining families with the basic necessities such as housing and medical care. The village also includes a store, a school and churches. Companies often constructed industrial communities like Eckley to keep their employees close to the collieries and mines. Such mining towns were built to attract other mining families to live and work among the coal fields of Northeastern Pennsylvania.

The company greatly influenced the lives of its village residents and each family member faced challenges every day. The way in which they faced these challenges is the history of the region that is studied, preserved and interpreted.

Eckley Miners’ Village celebrates the blue-collar spirit of the region and brings to life the realities of anthracite coal mining in Northeastern Pennsylvania. 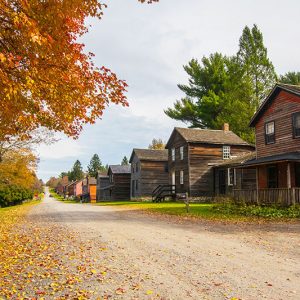 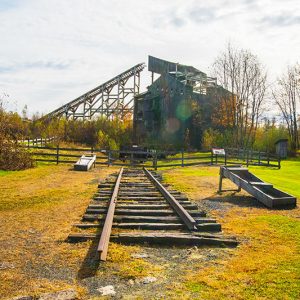 Eckley Miners' Village is also a