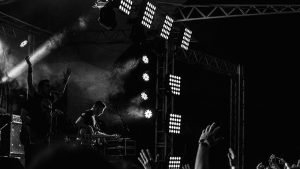 The New York Times has said: “With Steven Maglio’s smooth croon and Rat Pack swagger, listeners just might imagine they are at The Copa at The Sands in 1963.’

Steven Maglio has performed worldwide, from Atlantic City to Las Vegas; from West Palm Beach to Beverly Hills; from Cape Cod to Nashville; from Brazil to Ecuador to Italy.

He has shared the stage with The Duke Ellington Orchestra, Frankie Valli, Wayne Newton, Dionne Warwick, Danny Aiello and many others. He has appeared in movies and entertained many celebrities including President and Mrs. Donald Trump, the Kennedy family, Vic Damone, Connie Francis, Danny DeVito, William Shatner, most of the cast of “The Sopranos”, just to name a few, as well as sports figures, politicians and business moguls.

Maglio states, “I was born in East Harlem. In 1966, we moved to the Bronx and being the new kid on the block, I walked to school alone for the first few weeks. I heard Frank Sinatra singing ‘My Kind of Town’ and to pass the time on my new daily trek, I would sing to myself over and over. I decided I needed another song and began to explore the only Sinatra album we owned at the time, ‘A Man and His Music.’ This was the beginning of my addiction not only to Sinatra, but to that whole world of standard songs and singers.”

Perhaps Vincent Falcone, longtime pianist and conductor for Frank Sinatra said it best, “Steven is one of the finest singers keeping the Great American Songbook alive since ‘The Old Man’ himself.”