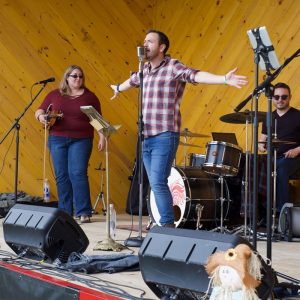 Join Lakeland Orchard & Cidery every Saturday and Sunday, August 1st through November 1st from 1pm-5pm for a variety of live bands. They will also have live music on Labor Day and Columbus Day.

Enjoy this live entertainment with your Get It All Pass. See the schedule below for the specifics of each band and the dates they will be at the orchard.

Saturday, August 22nd
Whiskey-N-Woods – Playing all your favorites from bluegrass to rock

Saturday, August 29th
The Quietmen – Playing acoustic rock and folk from the ’50s through today

Dancin' in the Street