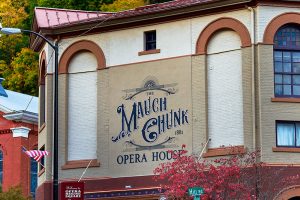 Green River – The #1 Nationally Touring Creedence Clearwater Revival/John Fogerty Tribute Show is the brain child of native New Yorker Rick Horvath. Noodles as he is affectionately know, was born to perform this music. He started singing CCR songs in his very first band when he was only 13 years old.

CCR was an American rock band active in the late 1960s and early 1970s. Their musical style encompassed the roots rock and swamp rock genres. Creedence Clearwater Revival’s music is still a staple of American radio airplay the band has sold 26 million albums in the United States alone.

The show is very faithful to a live CCR performance. Listeners enjoy a full 2 hour show of their favorite CCR classics (Bad Moon Rising, Proud Mary, Up Around the Bend to name a few) and songs that Creedence would turn into live jams such as Born on the Bayou and Susie Q. The band makes a costume change and comes back to perform solo John Fogerty classics including The Old Man Down the Road and Centerfield capturing the energy of his current show.

Back In Black, The original AC/DC tribute

It's a Jungle Out There, Jungle Book & Honk, Jr

It's a Jungle Out There, Jungle Book & Honk, Jr