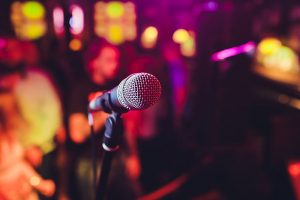 Anthony Caserta is an all American patriotic boy from a small rural oil worker built town called Trainer Pennsylvania. Born in 1995 Anthony first attained great aspiration for the man in black at the early age of 7. Hypnotized by the music and Cash’s powerful messages, Caserta started Boy in Black in 2007 and has since been captivating audiences all over with charisma so genuine and humble that it proves him beyond his years. Caserta puts on an extremely accurate and authentic Johnny Cash show covering Cash’s early career at sun records to his Prison concert era of the late 1960s, and his American Recording sessions with Rick Rubin of the 90s. Anthony also writes and performs his own original music That is inspired by the likes of Johnny Cash, Mike Ness, Bruce Springsteen and many more influential artists of the 20th century.

– ALL guests are required to wear masks while entering, exiting, or otherwise traveling throughout the venue. Face coverings may be removed while seated.
– Observe social distancing, by staying 6’ apart from groups outside your own.
– Per state requirements, the MAXIMUM number of people allowed in the venue will be 185. Once we hit that number, no additional guests will be allowed to enter until others leave.

The Stage in Our Woods