This Saturday, historic Downtown Pottsville added yet another local craft brewery to its ranks. Black Rock Brewing Company has taken up residence in the grand, old YWCA building on Centre Street. Bobby and Abby Weaver, the dedicated husband and wife team behind the new brewhouse have spent the better part of a year refurbishing and repurposing the nearly 130-year-old structure. And, today, this classic, Greek Gothic beauty welcomes both a new purpose and a new generation with a nod to its late 19th century roots.

The stunning microbrewery and event space boasts an elegant, handcrafted interior bar and gathering space. Little touches throughout reveal a faithful attention to both detail and a community’s hard-earned ethos. The brewery also offers an inviting and open exterior space. The Black Rock Beer Garden and SpringGate Wine Terrace allowed the curious crowd to mill about comfortably. And, in fine weather, we couldn’t imagine a cooler place to hang in all of Schuylkill County.

NEPA’s coal country roots even reach into the beer. We tried brewery staples like Black Rock Blonde Ale, Lantern Lite and Caged Canary IPA. The brewery also features a wide variety of wines through a partnership with SpringGate Vineyard of Harrisburg. And, in solidarity with fellow Skook breweries, Black Rock served up offerings from Yuengling and Pilger Ruh Brewing. Oh, and don’t even get us started on the delicious, Black Rock signature stuffed soft pretzels.

Black Rock Brewing held their “soft” opening this weekend, and they invited us down for a sneak peek. Of course, we’d never refuse a free beer. And we happened to bring our camera along for the ride. Take a look. 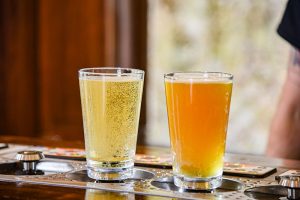 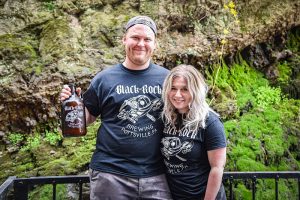 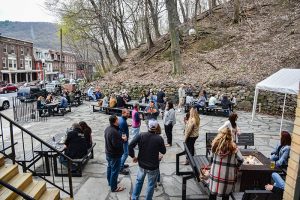 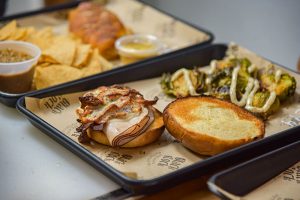 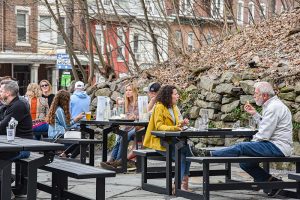 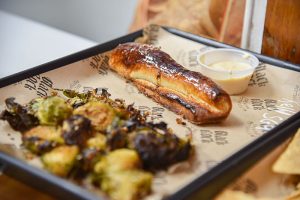 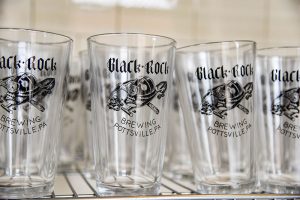 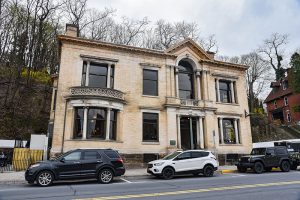 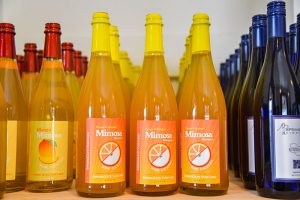 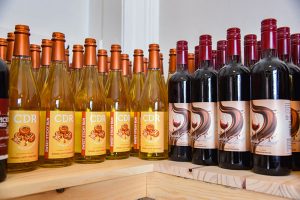 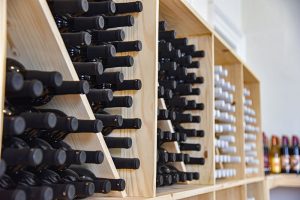