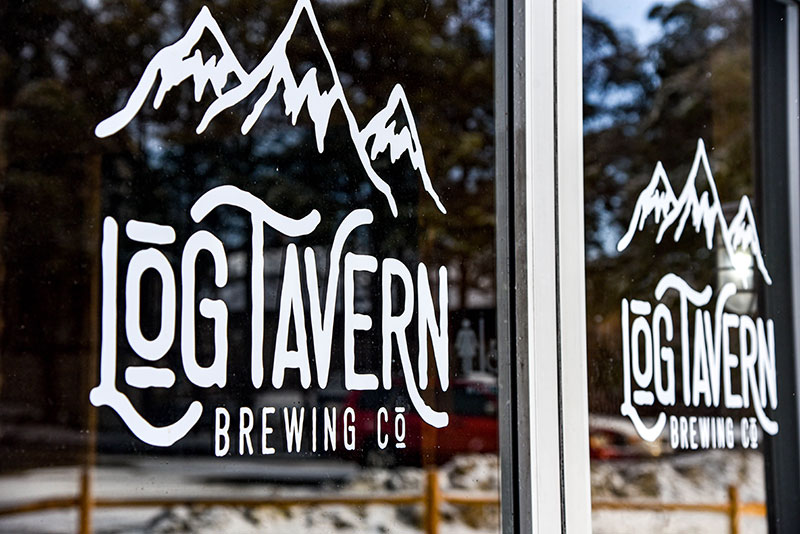 Peeling off from Interstate 84 just before it breaks toward the eastern border and that famous Tri State Rock, we mount Route 6 for Milford. The trusty road descends into a dense Pocono valley along the upper Delaware River. One after another, those famous flat-topped mountains roll out ahead. Vibrant pines, sneaky sunshine and the ever-present gray of December cloud the distinction between “What a gorgeous day” and “wait, what time is it?”

The historic borough reveals itself almost momentarily – flirting then threatening to hide its charms from eager lookie-loos. Most views offer steep roof peaks, ornate cornices, stately pediments and elegantly turned balustrades. The town, it seems, was borne of an industrial daydream. A Philadelphian street grid hints at a once whimsical notion of expansion. And the noticeable absence of a rusty railroad bed reveals a dream perhaps dashed. 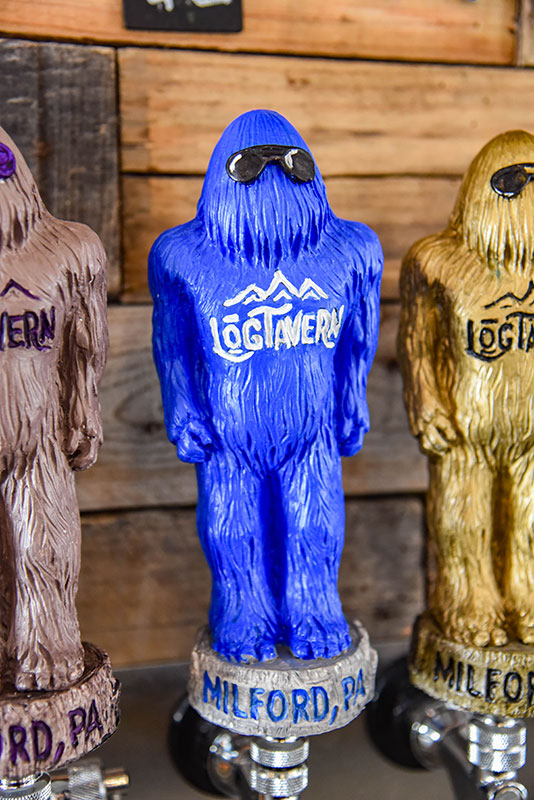 See, where Milford’s early fantasy of a somewhat metropolitan future faded, a vision of something greater was born. And they needn’t rely on the prospect of steel or steam.

The village threw open its arms to artists, entrepreneurs and influential city dwellers seeking fresh air. Milford became an escape. People came to shed the sludge of a metropolitan summer. They sought clarity of mind and found it on an evening stroll down Broad Street. They breathed in dense pine forests and found their souls awakened anew. Then, buoyed by some newfound spirit of adventure and a long-misplaced adolescent courage, they took to the cool, clear river. Each stroke of the oar sweeping them deeper into a transcendence of the self. An alluring architecture, along with the distant symphony of streams and waterfalls piqued the creative sensibility. Often-illusive muses frequented the ears, the eyes and the hearts of visitors. It was, simply, a quiet paradise. And, thanks to sensible, dedicated Milfordians past and present, so it remains.

Now imagine pouring all of that into a pint glass and drinking it up. We’re at Milford’s Log Tavern Brewing Company. We’re toasting the town, its people, its mountains and trees, the river and this inexplicable intimacy between nature and the bold handiwork of man.

Let’s take a tour and drink some beers, shall we? 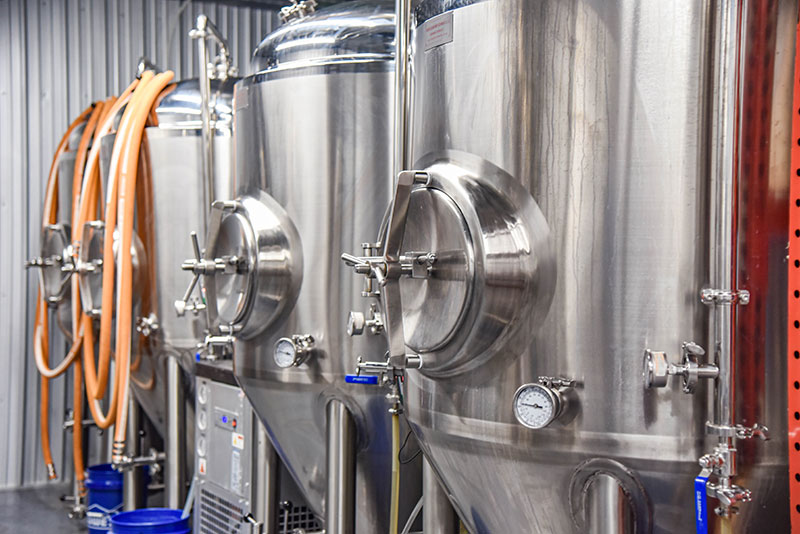 Every hop, hose and barrel in its place.

The road through Milford plunges south from Broad Street toward the Delaware River. It strikes a meandering course through the scenic Delaware Water Gap National Recreation Area. Trailheads dot the way – entreating peaceful weekend rambles. One such trail, though not officially named or recognized on any map (OK, fine, it’s actually a driveway), leads to Log Tavern Brewing Company. Here, in this rather unassuming pole barn, diligent brewmasters conjure a consumable Pocono essence through a delightful stable of beers.

This craft beer story, like most, begins with a homebrew kit, some initial reluctance, a bit of ass kicking/confidence building and a lot of quality control/drinking. Small scale craft brewing is all about achieving mastery over process. Sure, the whole garage band ethic and guerilla artistry helps sell the beer. What takes place on the other side of that taproom wall, however, is a rarely seen orchestration of chaos. If you want to truly know a brewer, see if you can get a peek inside their brewhouse.

Log Tavern’s brewhouse shares one half of this meticulously rehabilitated barn. A thin wall serves as neutral zone between the two very distinct worlds of beer – creation and consumption.

In the brewhouse, where inspiration and ideas meet muscle and sweat, cleanliness is king. A fluorescent glow bends across the polished bellies of brew tanks. It bounces and warps as it explores the contours of the corrugated steel walls. Heavy orange hoses captured in respite hang weary over a kettle’s shoulder. Knobs and dials expose the cerebral pathway connecting brewer’s mind to nature to machine. A hulking scaffold burdened with pallets of hop and grain reminds, regardless of occupation, that one can never hide from a bit of labor. Similarly, that familiar vegetal funk reminds that we’ve got beer to drink. 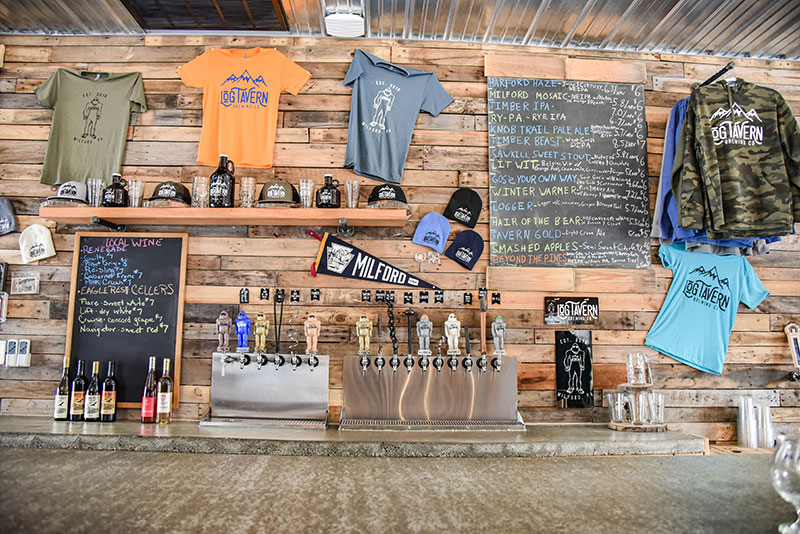 Nature just called and she wants like her whole aesthetic back.

If the brewhouse is where beers are given life, the taproom is where they find purpose. And it’s only fitting that such a room reflects in swirling poetic confluence the story of the beer, the place and the people.

The taproom at Log Tavern Brewing weaves together elements of modern comfort with the natural splendor of the Poconos. Eastern Red Cedar racing the length of the room shares its warm hue with the corrugated ceiling. Wood tones break against the veneer of a stacked stone fireplace. Sturdy, rough-cut logs serve as high tops, treating the room to a rustic, natural texture. The concrete floor and bar top offer a room splitting juxtaposition, while tools-turned-tap-handles create a welcomed sense of utility. 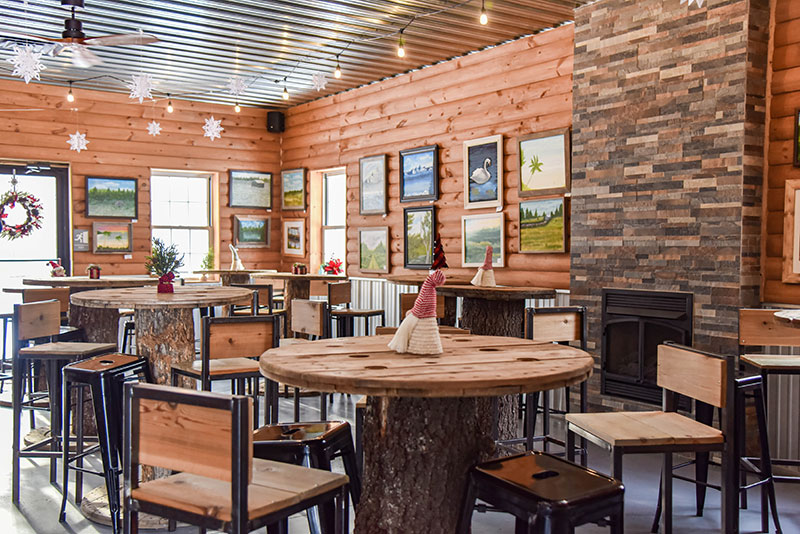 There’s a playful permanence to this place. Beer flights mimic the electric vibrancy of the woods in autumn. Snowy winter evenings bring you back to a table by the fire – the low flame reflecting against your cold, dark stout. Sawkill Creek pregnant with spring thaw thunders just off the backyard patio. Fire pit embers take flight and crackle into nothing against the evening sky. Long summer hikes tend to find their way back here with the promise of well-earned rewards. And, in these moments, the beer never tasted so good.

That’s all it takes, here – just one visit.

Luring the elusive Sawkill Creek Yeti out of hiding since 2018.

People visit this far eastern corner of NEPA paradise to escape. And they’re serious about repairing their tattered bonds with the natural world through recreation, sightseeing and shopping. They want to cool off in clear mountain rivers and climb to those Instagram-worthy vistas. Wives want to drag their husbands to Broad Street for antiques. It’s all requisite upon visiting historic Milford. Fortunately, the time-honored, fair market exchange for a little sweat and some reluctant shopping is cold beer. And you’ll find plenty of it here at Log Tavern Brewing.

There are 14 beers currently featured on the slate, plus one tasty cider. None of the beers stray too far out into “wild” or “unique” territory, which has become a welcome surprise. The gentlemen at Log Tavern know what they do well, and they stick with it. 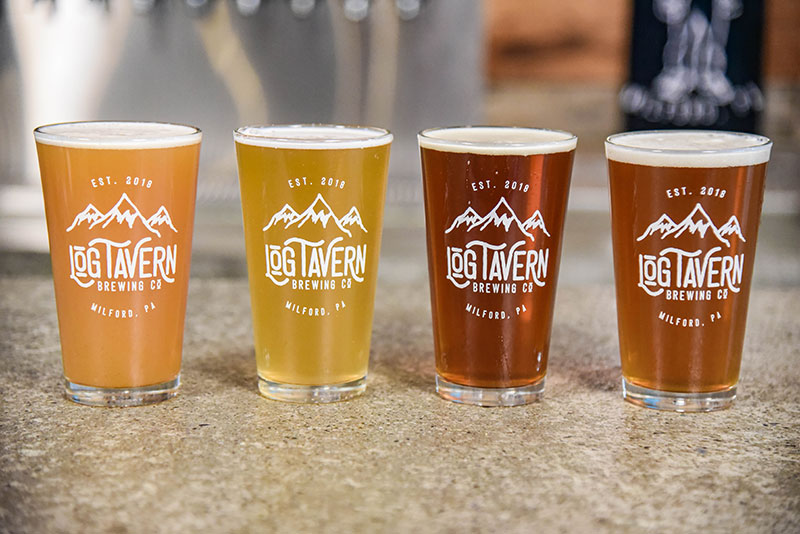 Three NEIPAs top the list with tropical, juicy spins on the old classic hop profile. Their Beyond the Pines NEIPA stood out among the crowd. This collaboration with Wallenpaupack Brewing, Hopping Eagle Brewing and Sons of the Hunt delivers just enough of a citrusy sweetness backed up by a fragrant pine calling card. The Simcoe and Columbus hops got a little boost from fresh-plucked PA Spruce tips on this one.

Outside of the heavy hop offerings, you’ll also find the gorgeous, nearly black Sawkill Sweet Stout. As advertised, this one dials in on the coffee notes and finishes just a tad chocolatey. The Lit Wit, Gose Your Own Way and Logger each feature light, clean spice and a slight fruitiness. And the Hair of the Bear is as true as a Hefeweizen can get — bananas all the way with that signature clove punch.

A strong variety of stylings makes flights a no-brainer at this taproom. Why not? Spread that love around. Then, when you find one you like, take it home in a growler. And, on your next excursion into the Poconos, be sure to hit those trails, conquer those rivers and pose all cute-like in front of those waterfalls. And when you’re all done with that, stop by Log Tavern Brewing Company and drink those beers.

Still not convinced? Check out our recent tour, here:

Beyond the Pines NEIPA –  Beautifully balanced between dank, piney and tropical – 6.5% 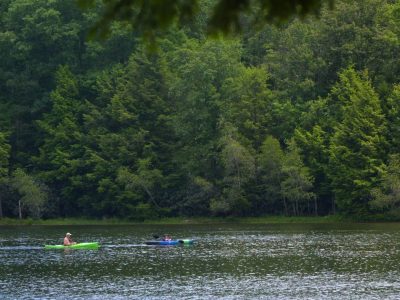 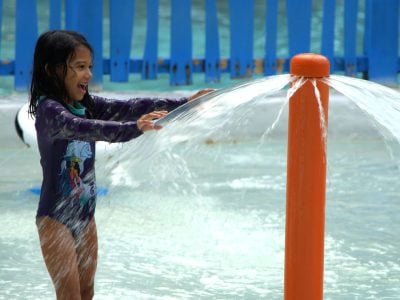 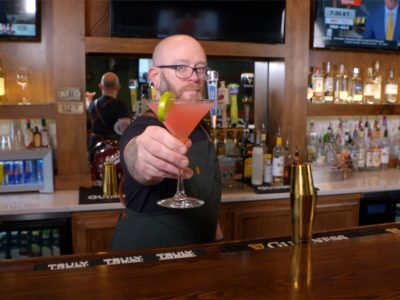