Carry Out What You Carry In 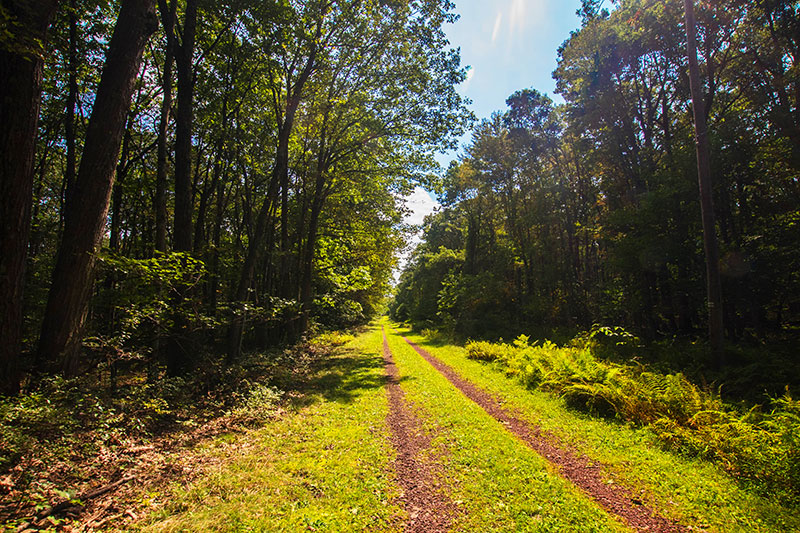 Join the battle against litter in NEPA’s natural spaces.

On a walk through a Luzerne County Preserve, one of North Branch Land Trust’s volunteers noticed a trove of litter that had suddenly appeared since her last visit. The prize of that trove? A beer bottle ironically encouraging its drinker to “Do what’s right.” While all litter is harmful to the environment, the short- and long-term impacts can vary. North Branch Land Trust has seen the damaging effects of litter throughout its 29 years conserving Northeastern Pennsylvania’s natural resources. We thought it was time to dig a little deeper on what littering really means for the health of our environment. 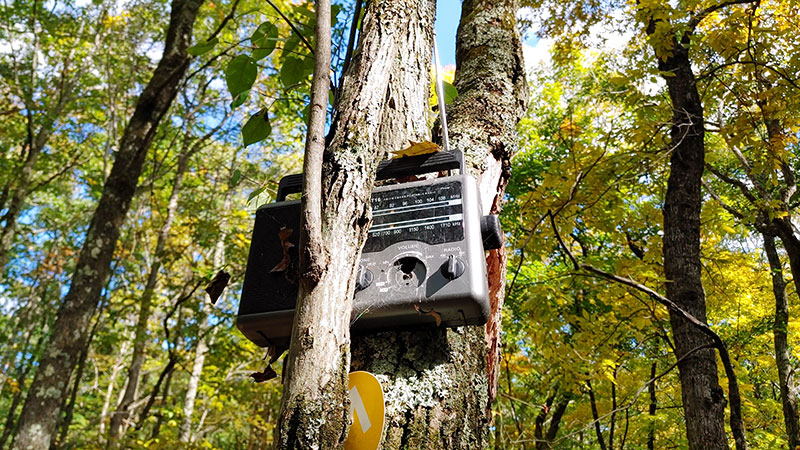 One of the most common (and most harmful) types of litter regularly removed from natural areas in NEPA is plastic waste.

Bottles and takeout containers, often the most abundant, are the largest indicator of willful human-driven pollution. Accidents, however, are just as common. Lightweight plastics like packaging and wrappers are easily carried on the breeze. Plastic litter tends to move easily on wind and water, becoming trapped in plants and hindering their growth. It’s also regularly found to be ingested by aquatic wildlife. As this litter degrades, microscopic bits of plastic make their way into in waterways, wildlife, plants and even the human bloodstream. As plastic breaks down further due to exposure, its chemical components can leach into the soil and water.

Metallic waste, like plastic, is incredibly harmful for the long-term health of the land and the water.

As metallic materials break down due to exposure to wind, water, and sun, they can leach their component chemicals with varying degrees of toxicity. Although it is a common misconception that rust causes tetanus, there is some truth to the warning. A wound from rusting metal can be the perfect means for anerobic soil bacterium like those that cause tetanus and botulism among others to enter the bloodstream. But the risk of metallic waste in the environment can lead to even greater harm in the long-term. Heavy metals like arsenic, mercury, and lead tend to bioaccumulate, meaning that these chemicals become more concentrated in organisms over time as a body has no way to filter them out. 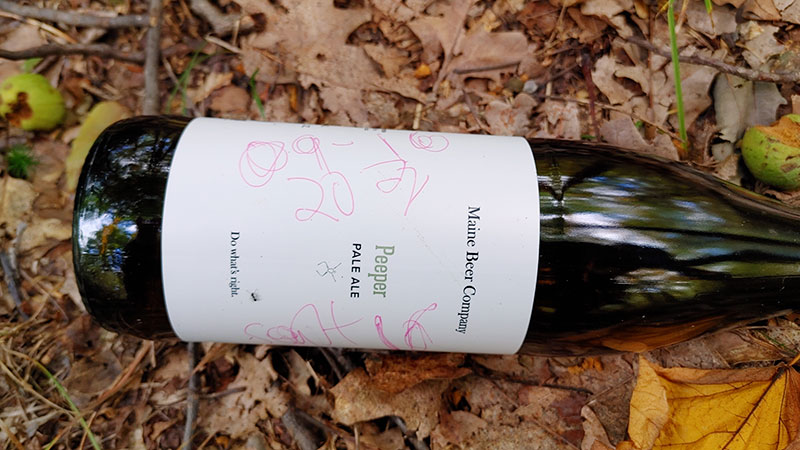 A less common, yet no less dangerous problem.

As glass is less common a packaging than it had been in the past, it has also become a (somewhat) less common litter. Frequently, bottles are found in natural areas where parties had been illegally held as well as old dump and recycling sites that predate standardized regional waste management practices. Fortunately, glass is inert, that is chemically inactive, meaning that it will not leach into the soil to do more damage in the future in the same way that plastic and metal can. Glass litter tends to be problematic in the short term as broken shards are incredibly dangerous to wildlife and hikers alike.

Things that the average person might not think twice about throwing in their gardens like eggshells or apple cores can cause some major short-term problems in public natural areas. Biodegradable materials, from banana peels and coffee grounds to compostable straws and paper napkins, all require specific temperature, moisture, and bacteria to break down–conditions that are rarely met in public outdoor spaces. If you have ever attempted home composting, you know that it can take weeks before organic materials break down into healthy soil in the most ideal setting. In public outdoor spaces, organic waste can harbor unhealthy bacteria or build up excess nutrients in the water supply leading to algal blooms.

Do Your Part to Keep NEPA Beautiful 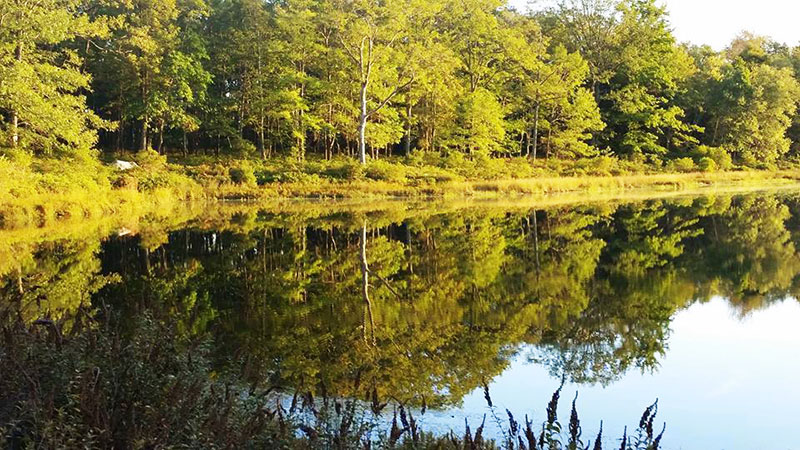 Leave only your footprints.

While most outdoor enthusiasts know to carry out their garbage when exploring NEPA’s natural resources, accidents can happen, and we can all work together to keep NEPA beautiful. Here are the three biggest steps you can take to fight against litter.

Secure your litter while outdoors. Small bits of plastic and paper can fall out of pockets and be carried far by wind or water. Deep, zippered, or covered bags and backpacks are far more secure than shallow pockets.

Pick up what you can! Carry a small trash bag on your adventures to leave the trail neater than you found it. Sometimes you may even find something useful or unique such as vintage soda bottles.

Report unsafe litter! Do not injure yourself if you find large or hazardous waste, but make sure someone knows about it. Start by contacting the landowner if known or the non-emergency line for local law enforcement. Illegal dumping should always be reported, but never put yourself at risk to confront a litterer.

NBLT owns several nature preserves that are open to the public. Visit these local preserves for excellent hiking trails, wildlife watching and more. 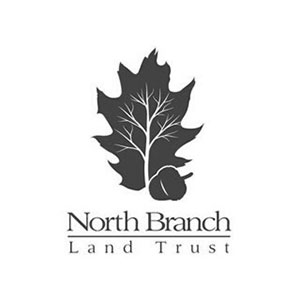 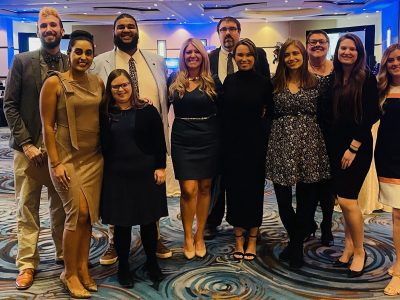 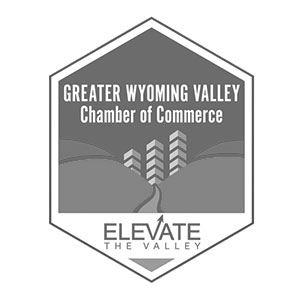 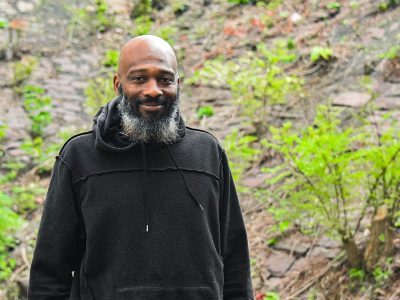 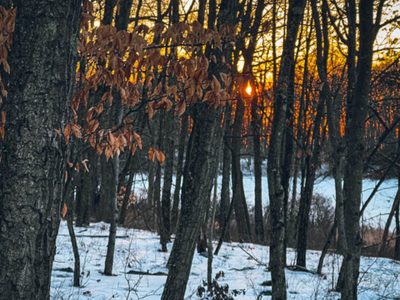