“As soon as I got into medical school, the goal was to come back here. As soon as possible. I missed home.”

Dr. Nick Ierovante’s “big Italian” family first came to the states in the early 1950s. By the 80s, his father hauled the family north from Bethlehem to Mt. Pocono. And once young Nick hit those slopes for the first time, he never looked back (or anywhere else, for that matter). Regardless of where career aspirations or academic pursuits took him, he knew he wanted to come back to the Poconos.

He followed his sweetheart (also a Mt. Pocono native) to Pittsburgh for college. Then, he followed her back to NEPA. He finished up medical school in Scranton and went right to work at Geisinger’s Heart Institute. Eventually, the pair settled back in Mt. Pocono, got married, surrounded themselves with family and welcomed three boys. From there (and vicariously through those boys) it’s been a matter of reliving a classic Northeastern Pennsylvania childhood – riding bikes, skiing, playing in the woods, building forts and hanging at the “Tunnel Cut.”

When he’s not fixing hearts in Scranton, he’s on the slopes at Camelback with his boys. And if he’s not shredding down the mountain with his boys, you’ll likely find him at Auto Pride in Tobyhanna. Yeah, kind of a weird place for a cardiologist to hang out, but it’s a friend’s shop and there’s this whole high school buddies / ”we’re getting’ the band back together” thing going on.

We caught up with Dr. Ierovante in his office at Geisinger’s Heart Institute. The good doctor waxed both poetic and nostalgic about the good ol’ days growing up in the Poconos. And he eventually answered that age-old question – Why NEPA?

You mean consecutively? Let’s say 38 years. So, born in East Stroudsburg at Pocono Medical Center and I live here now. I was away at school for seven years, but, for the most part, I’ve always had a place to call home in Northeastern Pennsylvania for 38 years.

Ok. There’s a lot I could throw in here. There’s that familiarity, of course, but it’s also always changing. But the people are pretty much the same everywhere you go in town. We lived on one side of town and then moved to the other side of town and everybody is super nice. Our new neighbors are like old neighbors, you know? You can trust them. You can give them the key to your house. You can call on them for anything and they’d show up, and you’d do the same for them. Everybody looks out for each other here. I also love the weather and the seasons. There’s always something to do regardless of if it’s snowing or sunny. My kids are basically growing up the same way I did, and I love that. Nobody’s ever sitting at home bored.

Oh, that’s Café Classico.  I eat at Café Classico all the time. And that’s right down the street from here. So, if anybody’s ever asking where I want to eat for lunch, it’s Café Classico – every time! They’ve got this Portobello Sandwich – it’s awesome! They’ve got these Margherita Pizzas and we have med students and fellows that we sometimes treat to lunch and I never even ask what they want, I just get them the Margherita Pizzas (laughs). That’s hands-down my favorite place.

I really just hang out with my friends and my family. That’s always the goal. Whatever it is – it’s always somebody’s birthday, or it’s somebody’s this, or somebody’s that. I know that’s not really NEPA-specific, but outside of just hanging out, my favorite thing to do would be skiing. I love to ski. I’ve been doing it here my whole life. It’s something that’s carried me from childhood into adulthood. Honestly, I still feel like a kid when I get up on the mountain at Camelback. It’s the same mountain every time, but I’m always finding something new to it. It’s one of my favorite places to be.

So, this is two parts. Professionally, I just want to make this program that we have here the best it can possibly be. I mean, the difference between when I started here and where we are now is just crazy. There were a lot of things that you couldn’t get done here when I was starting out. Now, we have built up such a great program that we can do almost anything that you could get done at a bigger tertiary facility. Maybe not transplants yet, but for what we do – interventional cardiology – you can get everything done here. Our programs are top-notch. We’re definitely on the leading edge for providing access to technology and advanced procedures, and the goal is to gain some national prominence because we’re doing the work. So, we might as well get credit for it.

And personally, I guess what’s next is trying to give our boys the opportunities that living in Northeastern PA allowed us to have when we were growing up. And we just want to make sure that they grow up to be good people. Of course, that’s what everybody wants, I guess (laughs).

Well, the Poconos in particular have already come a long way since I was a kid. I worked at Mount Airy – back when it was the Lodge. Since then, there’s been a huge economic injection along the lines of commerce and tourism that has brought in waterparks and the casinos. They revamped all of the skiing venues. And that’s kept people employed, and it’s kept people coming back to experience the Poconos.

It’s been kind of the same thing here in Scranton, too. There are more opportunities and more things to do. It’s a great place to work and to hang out and grab a bite to eat. The Broadway shows in Scranton are fantastic. They’re just as good as seeing a show in Midtown. And we get great concerts coming through. Even down in Wilkes-Barre. We love going to the Kirby Center for concerts and comedy shows. So, yeah, in terms of NEPA, it’s just been continual growth. And it’s been amazing to watch it grow over these past few years. We’re excited to see how far it can go.

For me, it’s family. My whole family is here. Nobody’s leaving. That’s the thing, right? There’s not one person in my family that’s like “We’re gonna’ pack up and go south.” We all love it here. So, we’re staying (laughs). 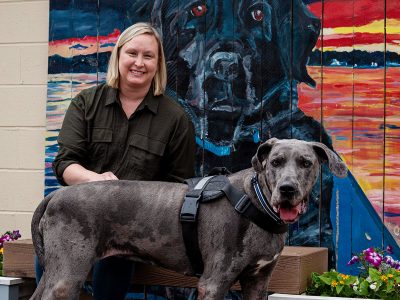 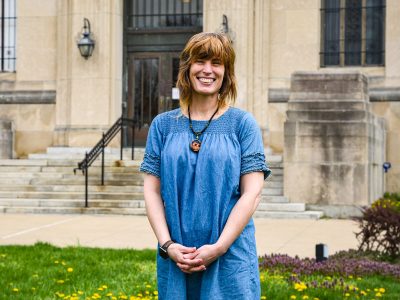 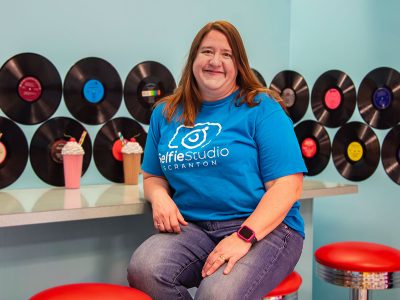