Brandon DaGrosa’s love for disc golf all started at Hickory Run State Park. In June 2020, he was hiking with a friend when they spotted the disc golf baskets by the beach. They dug a Frisbee out of DaGrosa’s trunk and played a round. They didn’t have expensive gear or fancy techniques, but what they did have was a lot of fun. 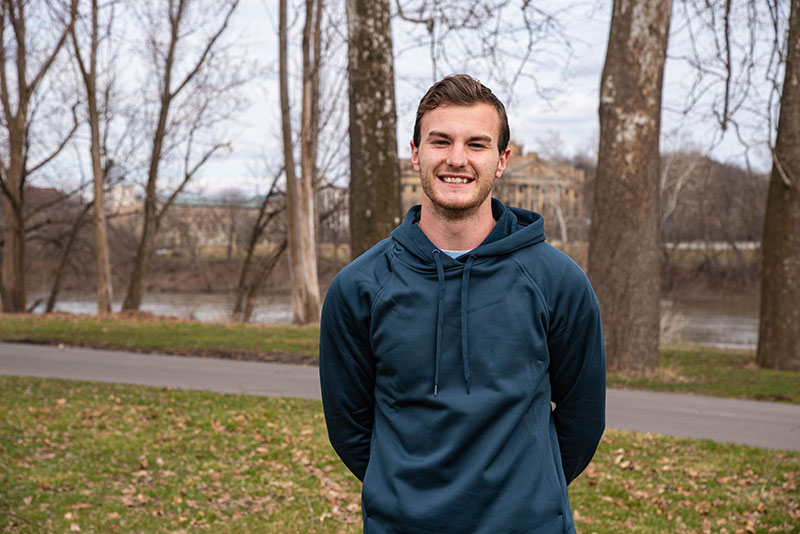 DaGrosa’s passion for the sport has come a long way since then, and so have his skills. In October 2021—a little over a year since his first game—he earned an invite to the National Amateur Disc Golf Tour Championship in Austin, Texas. He placed fifth in his division out of 193 players from across the nation.

DaGrosa is currently a junior at the University of Scranton and the founder of Penn Disc Golf, a blog where he shares course reviews, helpful tips and more. With several courses and leagues right here NEPA, it’s easy to get outside and try disc golf for yourself. 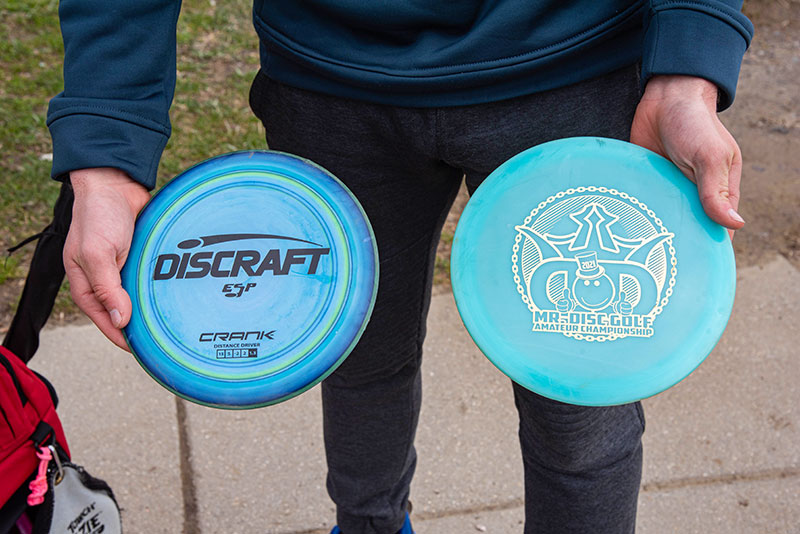 An inexpensive starter set is perfect for beginners.

To get started, all you need is a disc. A disc is different from a Frisbee—it tends to be heavier and flatter in shape. There are so many different discs out there, but don’t be daunted! A starter set can provide you with all the basics you’ll need, often for around $20.

Just like there are different types of golf clubs, there are also different kinds of discs. A starter set may include a driver (which is designed for speed and distance), a putter (which is slower and more accurate) and a mid-range (which provides a balance of control and distance). A mid-range disc is very versatile, which makes it a good choice for beginners.

As for clothing, a pair of sneakers and athletic apparel will work perfectly. You’ll be spending time outside, so dress comfortably for the weather. 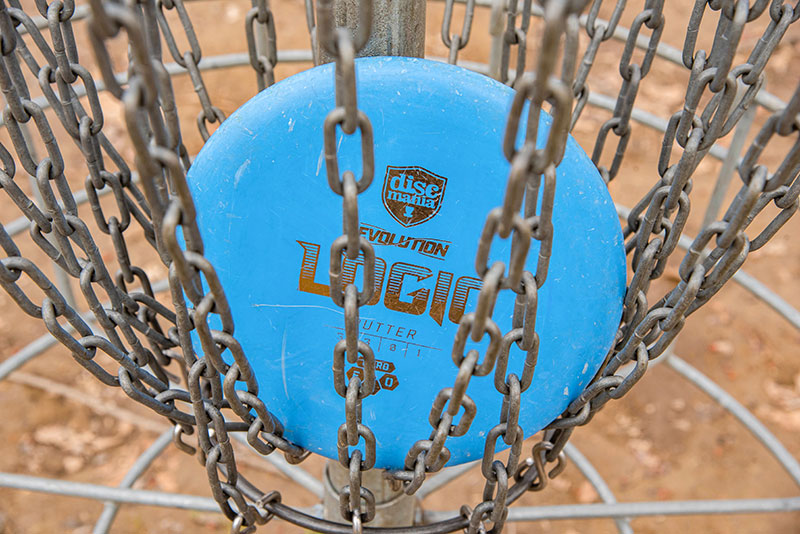 Learning to play is fun and simple.

Once you have your disc, you’re ready to play a round. Think of disc golf like regular golf, but instead of hitting a ball toward a hole, you’re throwing a disc into a metal basket.

You’ll start on the tee pad and throw your disc. There are different throwing techniques, but the backhand is the most common. The motion is just like throwing a Frisbee.

“Wherever your disc lands, that’s called your ‘lie.’ You have to stand behind your lie any time you continue to throw it,” explained DaGrosa. “You’re making forward motion toward the basket in as little strokes as you can.”

When the disc lands inside the basket, you’ve completed the hole. Courses typically have 18 holes, although some may have 9. 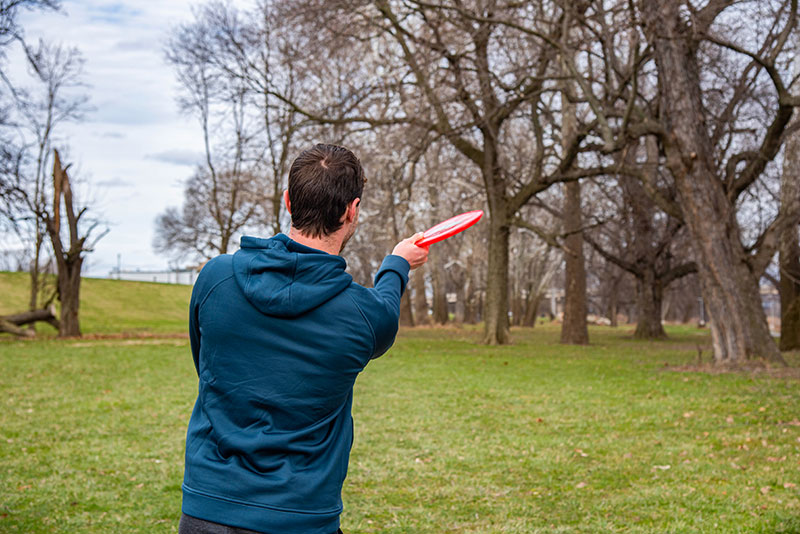 Get involved with local courses and leagues.

NEPA is home to over a dozen disc golf courses. Many are located at our scenic parks and are free to use.

One of DaGrosa’s favorite NEPA courses is at Prompton State Park.

“The course is so diverse. There’s a lot of different holes,” he said. “There’s open holes, and there’s wooded holes. You’re going uphill. You’re going downhill. There’s the whole lake behind the one hole. You’re shooting downhill at this basket, and the lake’s right behind it.”

Some courses have their own leagues, which meet regularly to play. Many of the leagues have Facebook groups where you can keep up with the latest announcements. DaGrosa also recommended a Facebook group called NEPA Disc Golf Forum, which posts about courses all throughout the region. 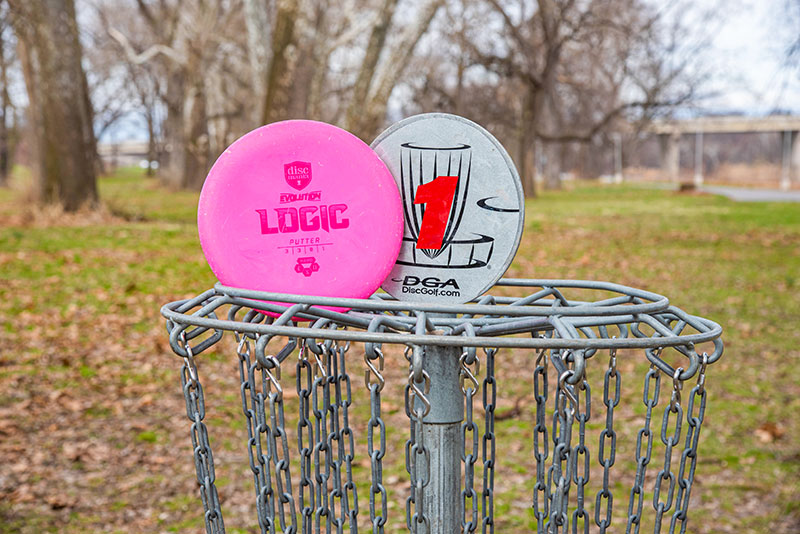 Helpful resources and plenty of practice can take your game to the next level.

The best way to learn is to simply get out there and try it. But as you progress in the game, you’ll probably want to learn more tips and techniques. Penn Disc Golf has lots of great local resources and a whole section for beginners. You can also check out the Professional Disc Golf Association for the official rules, course directories and more.

“People just have to be patient with the sport, learn the techniques, play and continue to grow in it,” recommended DaGrosa.

Also, make sure to brush up on the basic etiquette before you head out. You always want to respect the environment and other park users.

Disc golf is a great sport, whether you’re looking to stay active, spend more time outside, or simply find a fun new hobby. Gather some friends and family and find your local course! 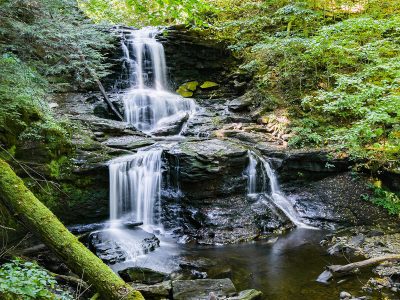 Things to See & Do at Promised Land State Park 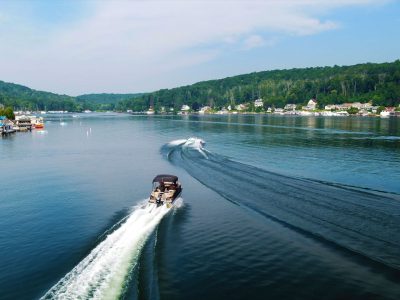